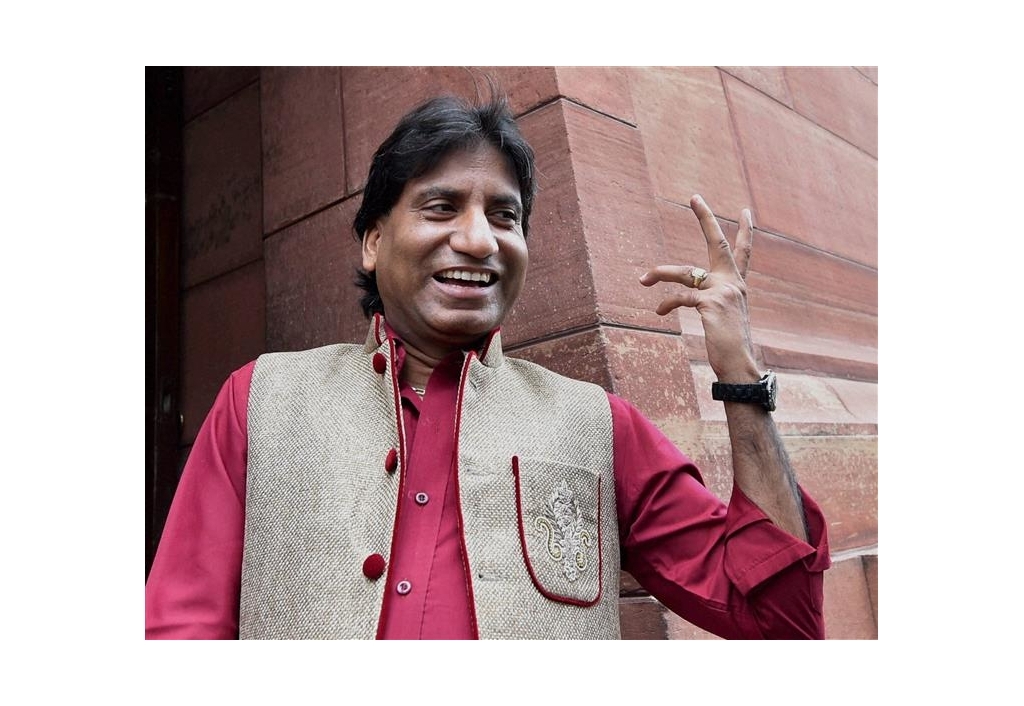 Popular comedian Raju Srivastava, who dabbled in movies, made a mark as a stand-up comic and later entered politics, died on Wednesday after more than 40 days in hospital. He was 58.

Srivastava, who joined the BJP in 2014 after a stint with the Samajwadi Party, had a heart attack on August 10 while working out at a Delhi hotel. He was rushed to the All India Institute of Medical Sciences where he underwent an angioplasty procedure. He had been on the ventilator since and never regained consciousness.

Raju Srivastava, counted as among the most high-profile and experienced comics in the country, is survived by his wife and two children.

The artiste, who featured in Hindi films such as ‘Maine Pyar Kiya’ and ‘Baazigar’, was declared dead at 10.20am, according to hospital sources.

He was chairperson of the Film Development Council, Uttar Pradesh.

Defence Minister Rajnath Singh was among the first to pay condolences.

There will never be another Raju Srivastava, said comedian Rehman Khan.

A familiar face in the entertainment industry since the 1980s, the comedian tasted unparalleled success after participating in the first season of the reality stand-up comedy show ‘The Great Indian Laughter Challenge’ in 2005.

Mansa police have summoned Punjabi singers Babbu Maan, Mankirat Aulakh and Dilpreet Dhillon, in connection with Sidhu Moosewala murder case. Also, the police have summoned slain Youth Akali Dal leader Vicky Middukhera’s brother Ajay Pal Middukhera. This was confirmed by Mansa SSP Nanak Singh, who added that Punjabi singers would be questioned in the murder case.While Babbu Maan was many a time involved in online spats and rifts with Sidhu Moosewala, Mankirat Aulakh has already been questioned once. These singers will soon appear before the Mansa police to answer and record their statements.T...