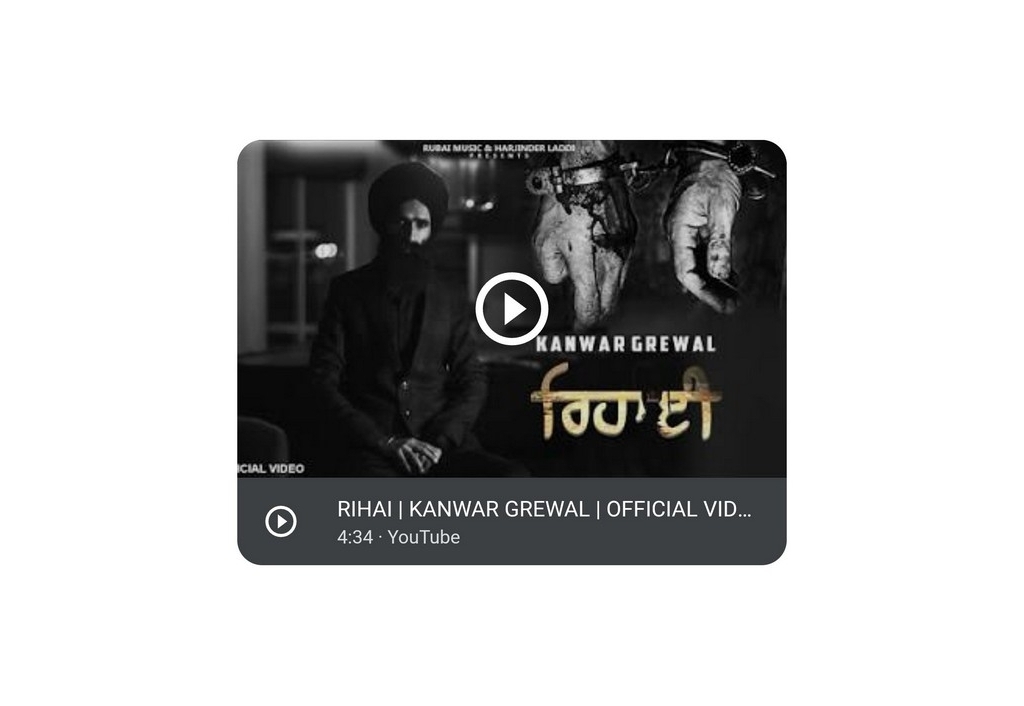 After the controversy over Sidhu Moosewala's last song 'SYL' being taken down by YouTube, another Punjabi song to face a ban on the video streaming platform is 'Rihai,' which calls for the release of Sikh prisoners, sung by hugely popular singer Kanwar Grewal.

The song uploaded six days ago now shows 'unavailable' on YouTube. The statement reads, "This content is not available on this country domain due to a legal complaint from the government."

"Such bans are not in the interest of a healthy democracy," he added.

He further said that the ban on Grewal's song 'Rihai' has come soon after the ban on the posthumous song 'SYL' by Sidhu Moosewala, the title referring to the Sutlej-Yamuna Link canal.

The song 'SYL' was based on Punjab's water issue and talked about the Sutlej-Yamuna Link canal, which has been an apple of discord between Punjab and Haryana for quite a long time.

The SAD president vowed to take up the issue in the forthcoming Parliament session.

"We will also demand a broader discussion on this issue to ensure corrective steps be taken and this trend is stopped," Sukhbir Badal further added.