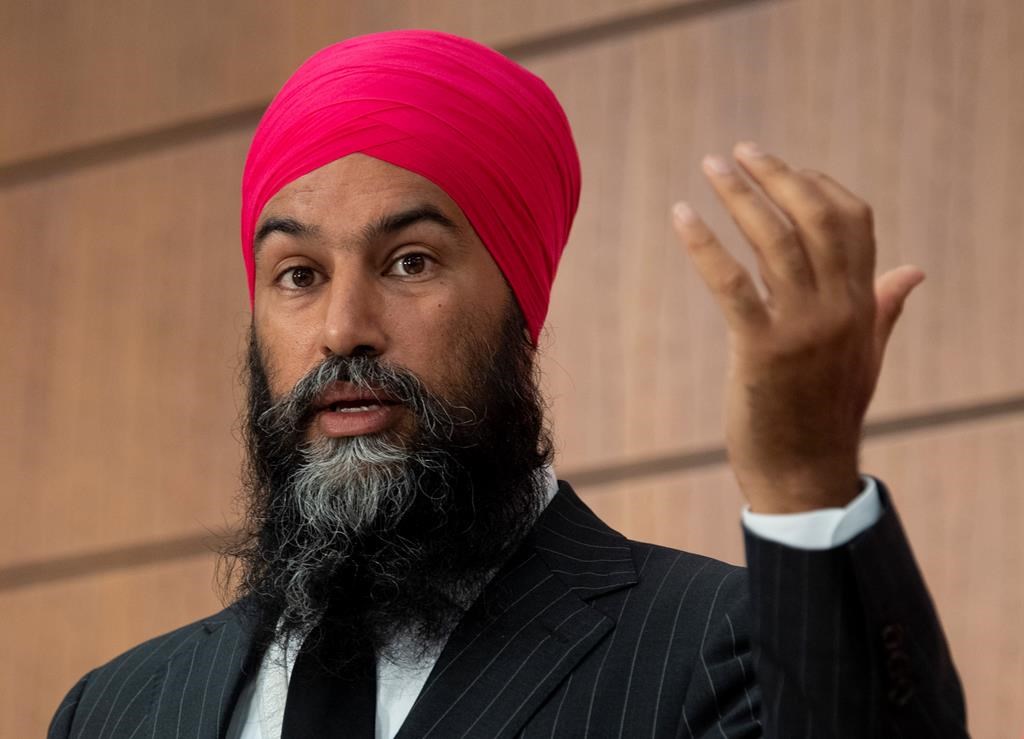 Jagmeet Singh says he is very troubled by the fact U.S. President Donald Trump has taken some actions, like restricting the use of choke holds, while Trudeau has not done anything./ The Canadian Press

NDP Leader Jagmeet Singh says if the Rideau Hall intruder had been a person of colour the outcome would have been different.

Police say they arrested Hurren early on July 2, about 200 metres from Trudeau's front door, after he allegedly rammed his pickup truck through gates at Rideau Hall and then ran with a loaded gun through the grounds towards Trudeau's residence.

Singh says systemic racism is at play when Hurren can be arrested without harm after RCMP talked to him for 90 minutes while repeated times in recent weeks police in Canada have killed Indigenous people and people of colour during wellness checks.

Singh also says Trudeau needs to actually do something to address the issue of systemic racism within the RCMP.

He says President Donald Trump has taken some actions, like ordering limits on the police use of chokeholds, while Trudeau has not done anything.