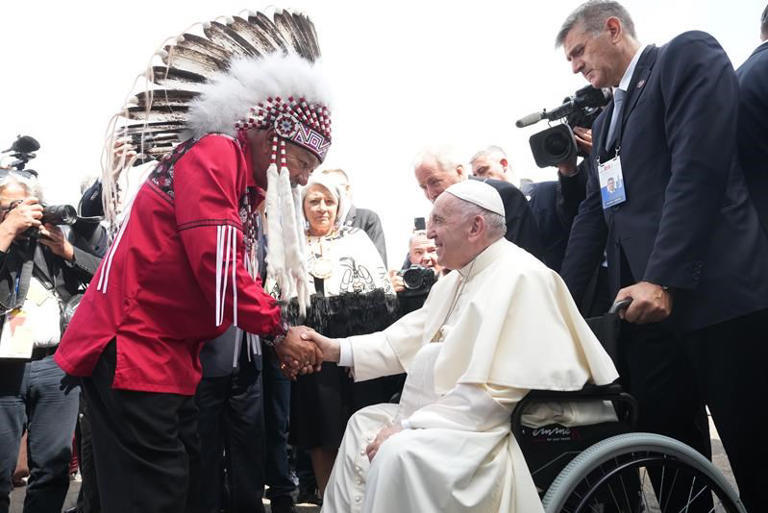 MASKWACIS — Pope Francis says he is in Canada to express his sorrow and ask for forgiveness for residential schools.

The Pope is giving an address before residential school survivors and elders in Maskwacis, Alta., where the former Ermineskin Indian Residential School was one of the largest institutions in the country.

He says the memory of children who attended the schools is painful and every child should be treated with love, honour and respect.

An estimated 150,000 Indigenous children were forced to attend residential schools in Canada, where neglect and physical and sexual abuse were rampant.

More than 60 per cent of the schools were run by the Catholic Church.