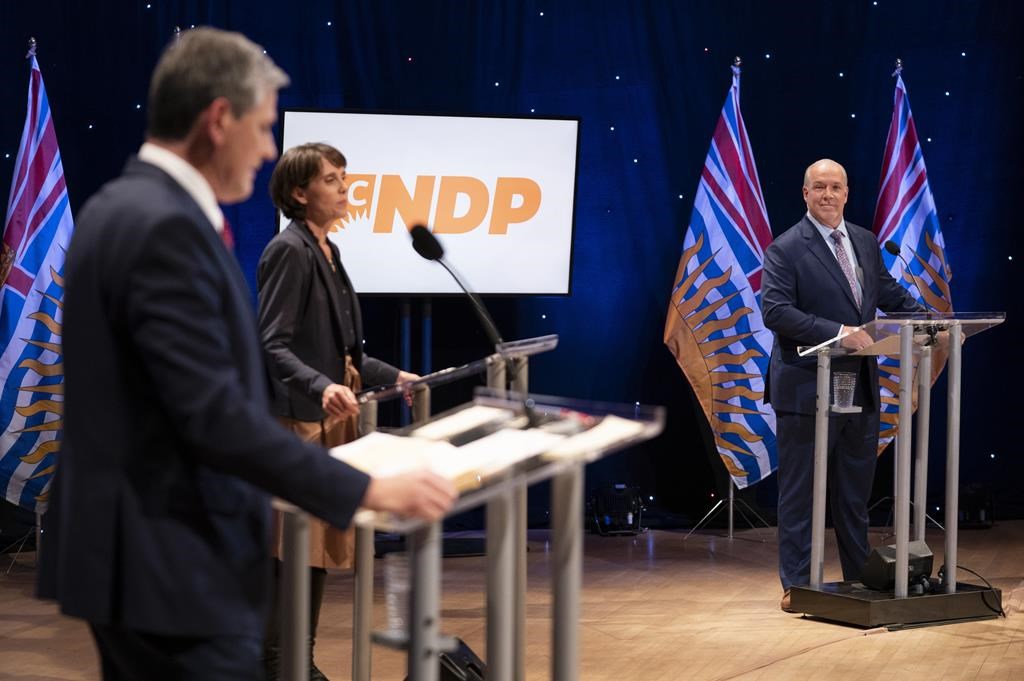 The party leaders in British Columbia's provincial election return to the campaign trail today after going head-to-head Tuesday night in a televised debate.

The debate featured the three party leaders keeping their distance because of the COVID-19 pandemic.

They also dispensed with the usual handshakes in a largely civil debate, with some of the most pointed disagreements emerging on the best approach for economic recovery after the pandemic and energy policy.

The post-pandemic recovery featured heavily in Liberal Leader Andrew Wilkinson's attacks on Horgan as he accused the New Democrats of bringing in a $1.5 billion recovery plan that's too late for many.

Horgan tried to tie outbreaks in long-term care homes during the pandemic to previous Liberal governments, arguing tax cuts almost 20 years ago that led to 10,000 jobs cuts in health care means understaffing in the facilities and "tragic" consequences for senior citizens today.

Green Leader Sonia Furstenau separated herself from the other two parties on energy policy, criticizing them for subsidizing major projects like pipelines and delaying a switch to an economy based on clean energy.

The RCMP say there have been several dangerous incidents recently where rocks have been thrown from an overpass on High...