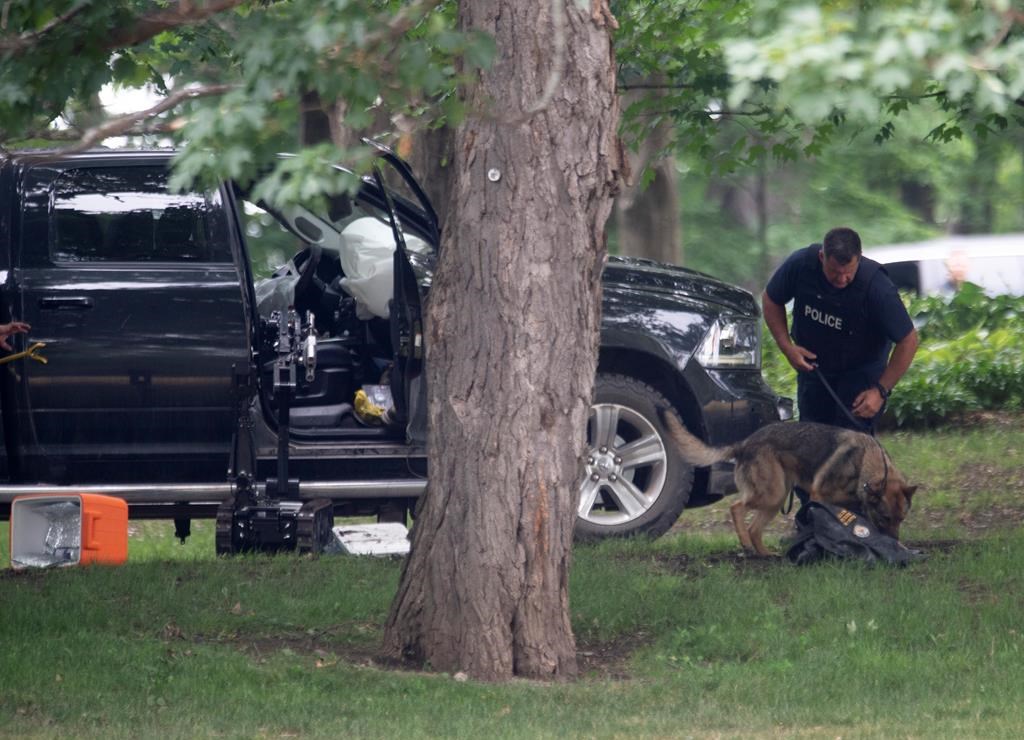 An RCMP officer works with a police dog as they move through the contents of a pick up truck on the grounds of Rideau Hall in Ottawa, Thursday July 2, 2020. THE CANADIAN PRESS/Adrian Wyld

A man who allegedly drove a pickup truck through the gates of Rideau Hall in Ottawa now faces charges, but police are still not saying anything about his motive.

He is identified as 46 year old Corey Hurren, a member of the military reserves.

He was arrested by RCMP not far from the front door of Prime Minister Justin Trudeau's current residence.

Trudeau was not there when the alleged incident occurred on Thursday morning.

The RCMP say Hurren had several weapons on him, including at least one gun.

He faces 22 charges, including one for uttering threats.

The rest are weapons charges.

He appears in court again July 17th and will remain in custody.