J&J vaccine can be used for people over 30 but mRNA vaccines still preferred: NACI 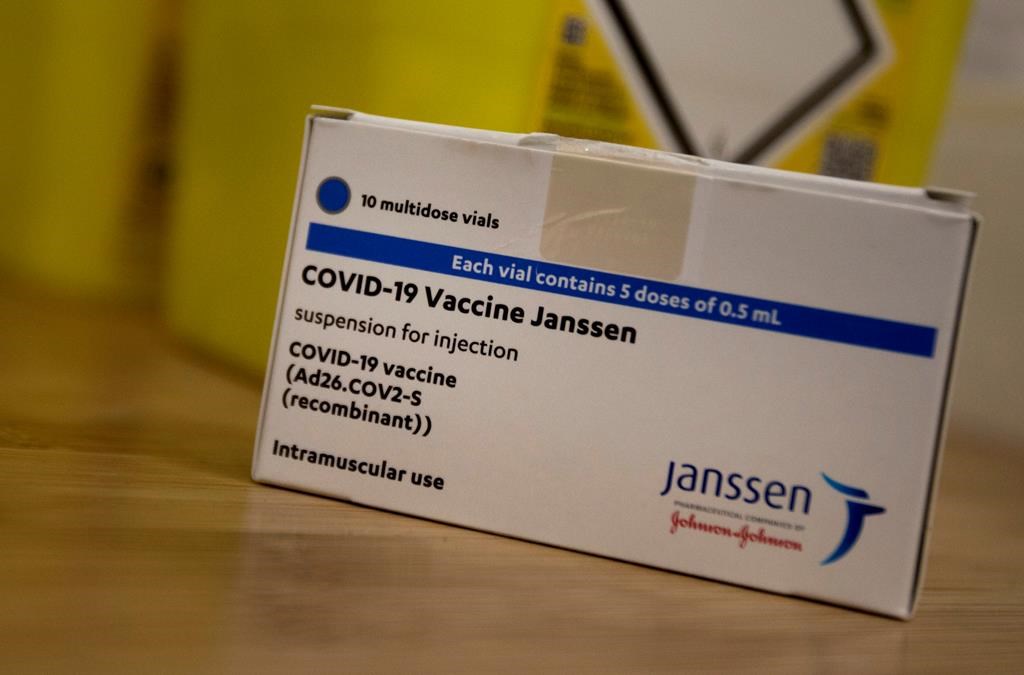 A box containing vials of the Janssen, Johnson & Johnson, COVID-19 vaccine sits on a pharmacists table at the Vaccine Village in Antwerp, Belgium, Friday, April 30, 2021. THE CANADIAN PRESS/AP-Virginia Mayo

The National Advisory Committee on Immunization says the Johnson & Johnson vaccine should be limited to people over the age of 30 who don't want to wait for Pfizer-BioNTech or Moderna.

The advice is almost identical to that issued for the Oxford-AstraZeneca vaccine last month and comes as both are suspected of causing a new and very rare blood clotting syndrome.

In Canada there have been seven known cases of vaccine-induced thrombotic thrombocytopenia, or VITT, one of them fatal. As of April 24, 1.7 million people in Canada have been given at least one dose of the AstraZeneca vaccine.

No J&J doses have been injected in Canada thus far, but in the U.S. they have documented 17 cases of the blood-clotting disorder in about eight million doses given.

Canada's first 300,000 doses of J&J are on hold at a Toronto-area warehouse pending investigation to ensure they are safe after discovering they were partly made at an American facility cited for safety and quality-control violations.

Canada's chief public health officer says COVID-19 disease activity continues to decline but there are areas of the cou...