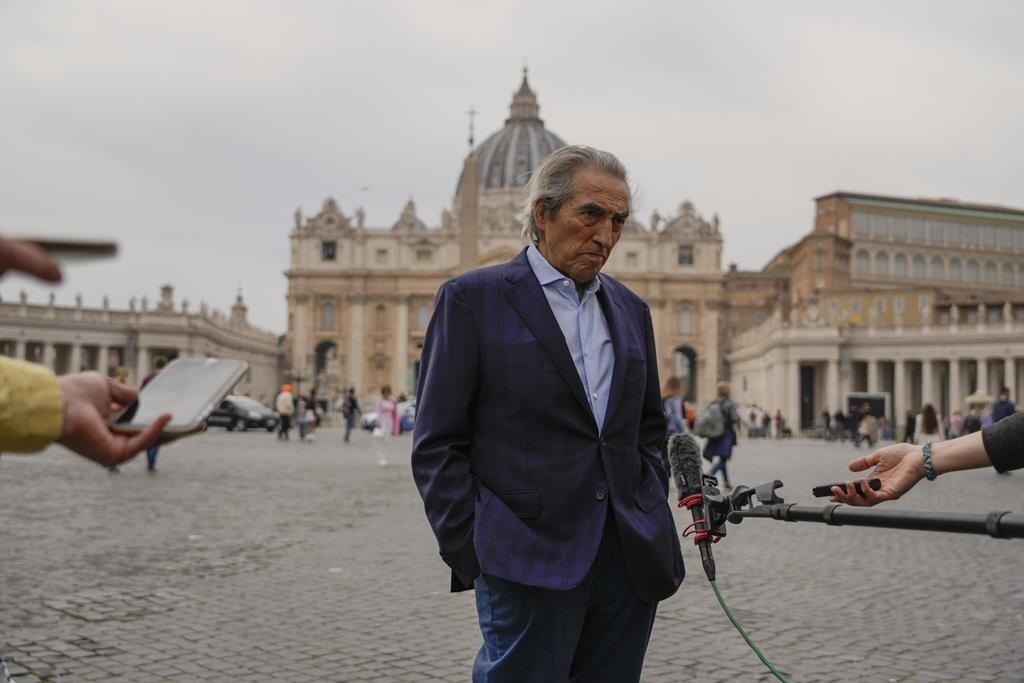 One First Nations delegate who met with Pope Francis at the Vatican says he hopes the event marks the beginning of a new relationship. (Photo - The Canadian Press)

One First Nations delegate who met with Pope Francis at the Vatican says he hopes the event marks the beginning of a new relationship.

Chief Gerald Antoine, the head of the Assembly of First Nations delegation, says there is ``hope for change'' despite the collective grief and pain.

The delegates were emotional as they walked out of the meeting, surrounded by the drumming of family and community members who waited in St. Peter's Square.

They say they shared stories of residential schools and requested that the doctrine of discovery be rescinded and Indigenous lands returned.

They also requested that Pope Francis travel to Canada to apologize for the church's role in residential schools.

While he did not commit to an apology or even a trip to Canada, another delegate said it has been suggested the pope could travel this summer.