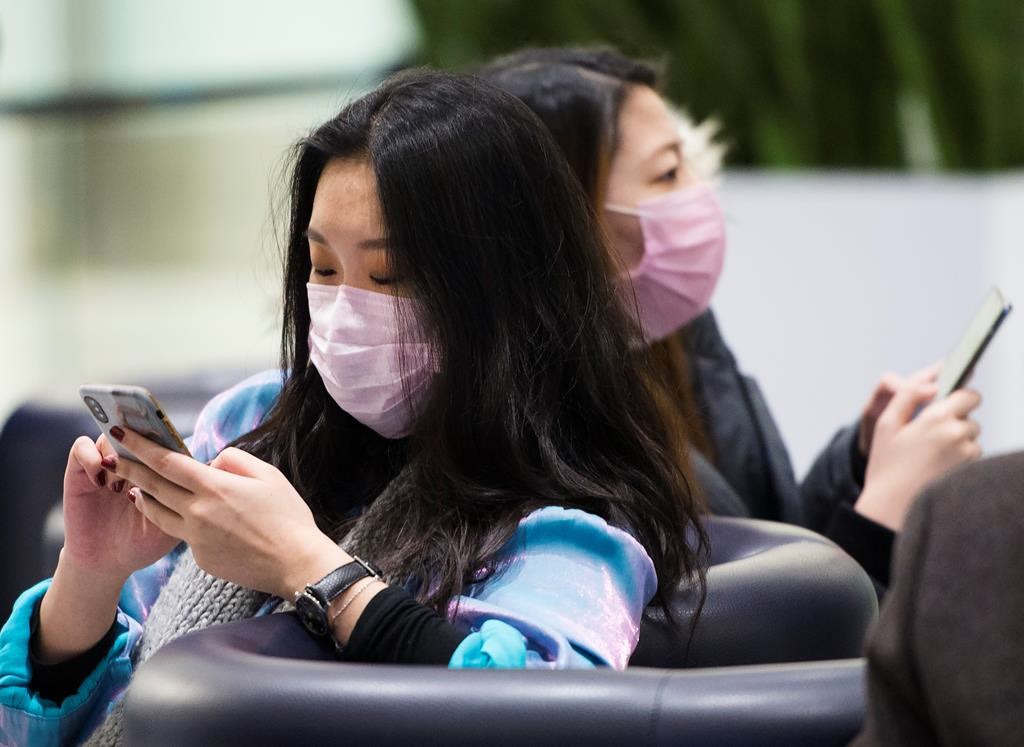 People wear masks as a precaution due to the coronavirus outbreak as they wait for the arrivals at the International terminal at Toronto Pearson International Airport in Toronto on Saturday, January 25, 2020. THE CANADIAN PRESS/Nathan Denette

China says the death toll from a new virus has risen to 80, with 2,744 confirmed cases.

The National Health Commission said Monday morning there were 769 new cases confirmed in the 24 hours through midnight Sunday.

The government also reported five cases in Hong Kong and two in Macao.

The U.S. has confirmed cases in Washington state, Chicago, Southern California and Arizona. Canada said it discovered its first case, a man in his 50s who was in Wuhan before flying to Toronto.

President Xi Jinping has called the outbreak a grave situation and said the government was stepping up efforts to restrict travel and public gatherings while rushing medical staff and supplies to the city at the centre of the crisis, Wuhan, which remains on lockdown with no flights, trains or buses in or out.