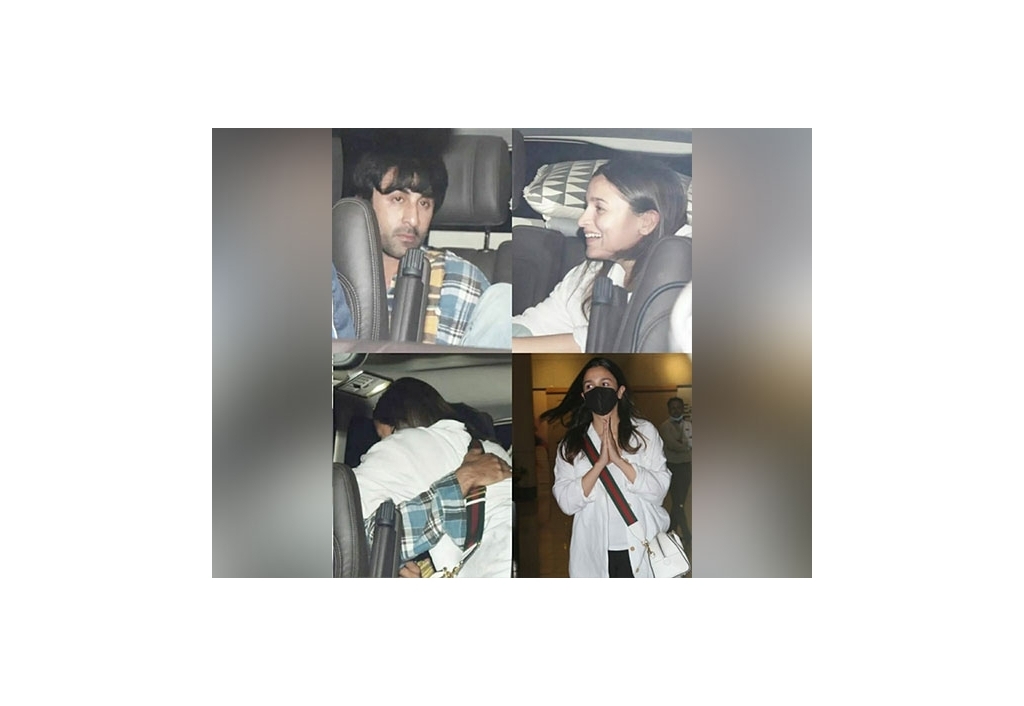 Bollywood actress Alia Bhatt on Sunday received a special surprise from her actor-husband Ranbir Kapoor, as the 'Saawariya' star came to receive his pregnant wife at the airport.

In a viral video, the 'Gangubai Kathiawadi' actor can be seen walking out of the airport in a super cool casual outfit, the paparazzi gathered around her and congratulated her on her first pregnancy.

Alia can be seen running towards her car, while saying 'baby', as she was surprised that her husband Ranbir came to the airport to pick her up, which she wasn't expecting. Both the actors shared a warm tight hug and looked excited, as the paps captured their happy reunion.

The 'Raazi' actress donned a long white shirt over a white t-shirt and black joggers. She accessorised her look with a white luxury side bag and a black face mask.

Whereas, the 'Sanju' actor was spotted sitting inside his luxury car in a blue and yellow coloured check shirt and blue denims.

The couple recently announced their first pregnancy with a special post on Instagram.Soon after the video went viral on social media, fans flooded the comment section with heart emoticons.