Nothing ‘bhari’ about this one! 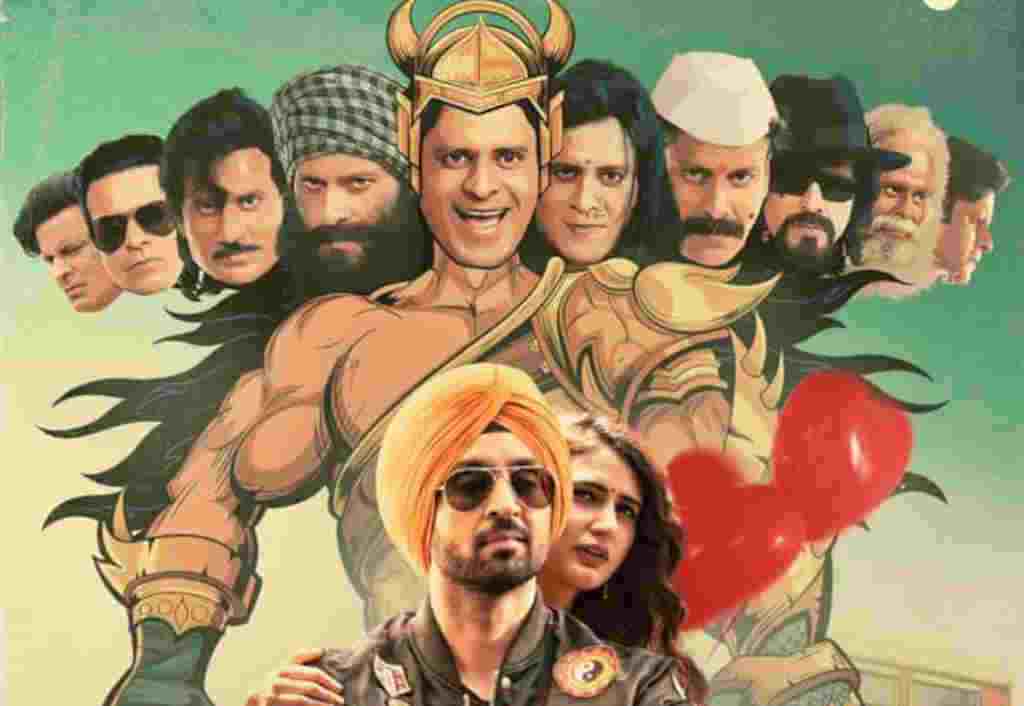 From a director who gave the audiences a sensible comedy like ‘Tere Bin Laden’ to chew on, Abhishek Sharma had to up his ‘comic’ game for Suraj Pe Mangal Bhari.

And well, he did, but missed the mark by a few notches.

If only he had avoided the clichés.

Here, however, Abihshekh Sharma becomes tad confident and takes them for granted.

It wouldn’t be wrong to say that SPMB, which was supposed to be a laugh-a-riot, offered only a few good laughs, failing to create any riot of unabashed laughter!

Although the plot SPMB is interesting and funny (warning, only at some places), it’s also predictable at the same time.

Like you know that if Manoj Bajpayee (Mangal) has wronged Diljit Dosanjh (Suraj), then to secure a happy ending the director has to throw the ball in Suraj’s court.

And yes! he does that, as we watch as every single scene unfurling with relaxed predictability.

In times of Covid, laughter and change from the mundane life is lapped up, better still gobbled down, without much thought.

Abhishek could have done a far better job than the one that we see. The generous usage of Marathi language is nice, justifies the characters but sometimes it feels obligatory too.

It seems that since some characters are Maharashtrian, they will ‘have to speak’ Marathi come what may.

As I already said, SPMB boasts of a battery of talented actors from the industry, so, acting, wasn’t that a tough arena to conquer.

Seeing Manoj Bajpayee in funny disguises was a pleasant relief, but not soon we started looking for the ‘Family Man’ in him. Whether it was something to do with his makeup or hair do, something was amiss with Mangal.

Diljit Dosanjh on the other hand did what he is best at, bang on comic timings.

His character Suraj Singh Dhillon reminded us of all the funny characters he has played in Bollywood so far, starting from Arjun Patiala, Good Newwz, Welcome to New York, and this means, SPMB was nothing different.

A superbly fine actor, Diljit needs to be stricter about his choices of Bollywood comedy films. Diljit shares his on screen chemistry with Fatima Sana Shaikh, need we say the sparks (on screen) were visibly missing.

Not to mention the actors who were ‘beautifully’ wasted in the film, Annu Kapoor, Manoj Pahwa,Supriya Pilgaonkar. The director could have etched their roles properly.

And last but not the least, time for this quick question for the director and writer of this film, what makes them think that a Punjabi in Mumbai can only be a dairywala and not some business honcho.