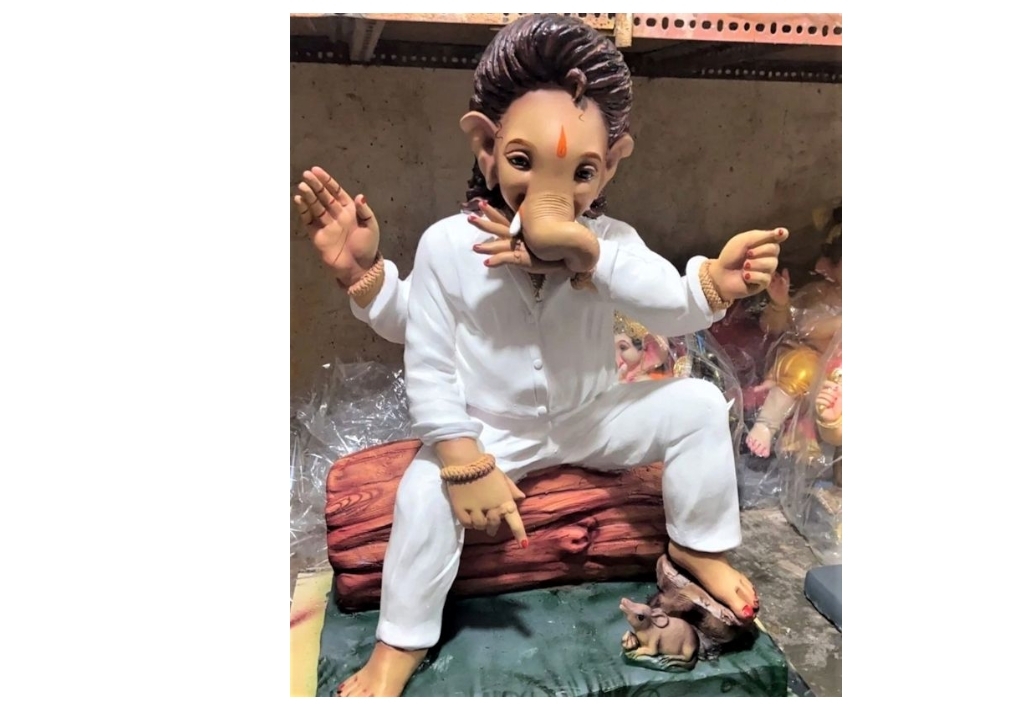 Allu Arjun-starrer Pushpa: The Rise was one of the most successful films of last year.

From fans to the Mayor of New York City, Pushpa’s swag has left its mark on everyone. And now, with Ganesh Chaturthi celebrations, the frenzy around Pushpa has been taken to another level. Ganesha idols, inspired by the film, are selling in the market and its pictures have gone viral. In the photo, Lord Ganesha idol can be seen wearing white kurta-pajama, doing the iconic hand gesture which Allu Arjun did in the movie.

Fans and devotees of Lord Ganesha have expressed disappointment saying that it’s disrespect to the God. One user wrote, “Shame! God’s face cannot be similar of a smuggler character... this should be stopped...” Another tweeted, “What is this nonsense? This is so very insensitive.” While one more tweet read, “A Ganesh idol inspired from a movie character who was a smuggler & a goon! Isn’t this anti-Hindu now? Why is there no outrage against the South film industry? Where’s the boycott gang?”