US Defence Secretary Esper says no decision to leave Iraq 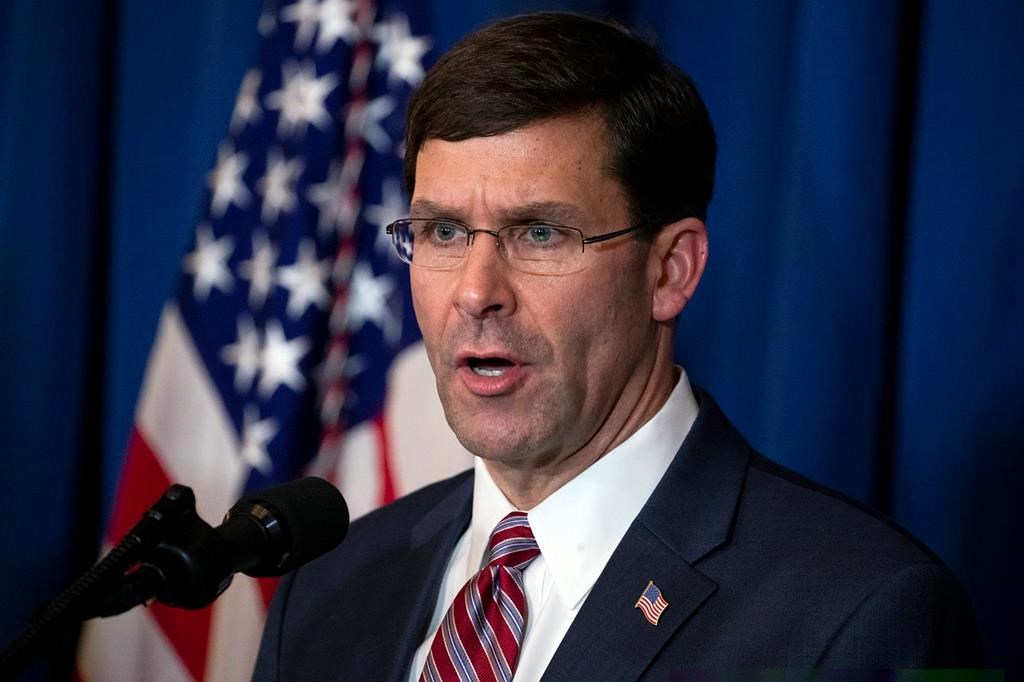 Defence Secretary Mark Esper says the United States has made "no decision" about withdrawing troops from Iraq amid heightened tensions with neighbouring Iran.

Esper spoke to reporters Monday after a letter from a U.S. Army general circulated that seemed to suggest a withdrawal had been ordered in response to a vote by the Iraqi Parliament over the weekend.

Esper says, “There's been no decision whatsover to leave Iraq.”