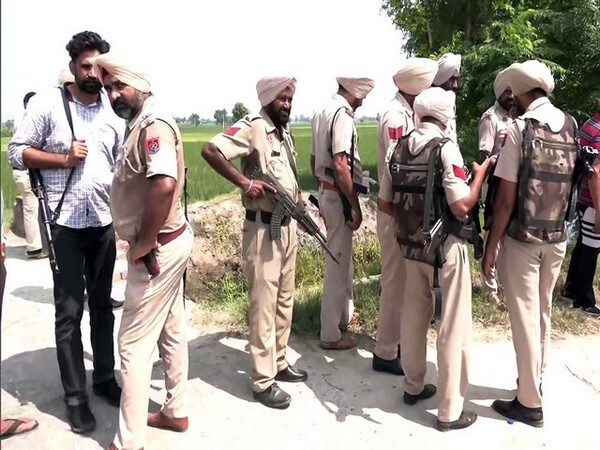 Two Sidhu Moose Wala killers were gunned down after a heavy exchange of fire with Punjab Police near Amritsar on Wednesday, according to an official.

The killed gangsters were identified as Jagroop Singh Roopa and Manpreet Singh from whom an AK47 and pistol were recovered after the encounter.

In the encounter that broke out this afternoon, three police officials and a journalist also sustained injuries. The forensic team reached the spot for further investigation. "Heavy exchange of fire took place today, two gangsters involved in Sidhu Moosewala case namely Jagroop Singh Roopa and Manpreet Singh were killed. We have recovered an AK47 and a pistol.

3 police officials have also suffered minor injuries," said Punjab ADGP Promod Ban while speaking to the media. The official said that the police were keeping a track of the accused in the murder case of the Punjabi singer.

Following the movement in the area, the police acted upon it. "We were keeping track of the accused in the Sidhu Moose Wala murder case and our task force saw some movement in this area. We acted upon it. Our forensic team is at the spot for further investigation," said the ADGP who is also the head of the Anti-Gangster Task Force.

"The encounter does not take place without any reason. The Centre as well as the state governments will have to pay attention to the kind of situation that is panning out in Punjab. Such people should be responded to who take laws in their hands in Punjab," Punjab Congress chief Amarinder Singh Raja Warring said while speaking to ANI.