Two more B.C. schools declare functional closures amid illnesses and isolations due to the Omicron variant on COVID-19 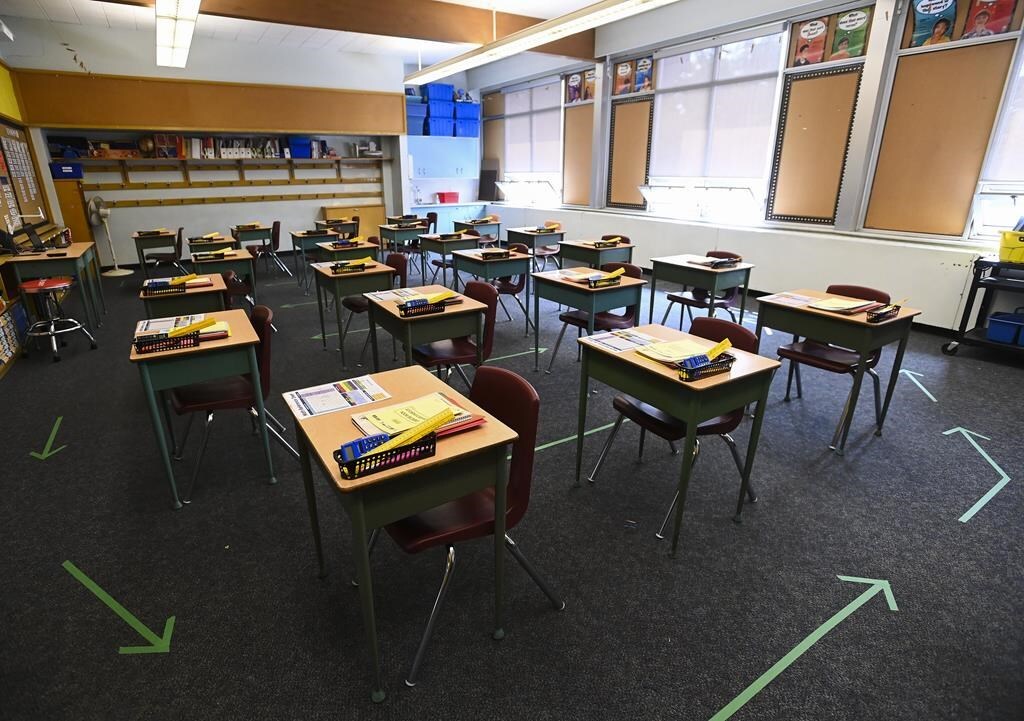 A grade six class room is shown at Hunter's Glen Junior Public School which is part of the Toronto District School Board (TDSB) during the COVID-19 pandemic in Scarborough, Ont., on Monday, Sept. 14, 2020. THE CANADIAN PRESS/Nathan Denette

Two more schools have declared functional closures in BC as illnesses and isolations due to the Omicron variant of COVID-19 leave a handful of elementary and secondary schools without enough staff to operate safely.

Heritage Park Middle School in Mission is closed from today until next Thursday while Armstrong Elementary in Armstrong expects to reopen on Tuesday, as those two schools join Hazelton Secondary in northwestern BC and an independent Christian school in Surrey that declared functional closures earlier this week.

BC School Trustees Association president Stephanie Higginson says, all things considered, schools have done very well dealing with the effect of the rapidly spreading COVID variant because just four out of roughly 16-hundred have been hit so far.

Other services and businesses affected by illness include Whistler Transit which has cancelled several routes through the weekend because of a lack of drivers, while a number of BC ferry sailings were also scrubbed this morning due to staffing issues.