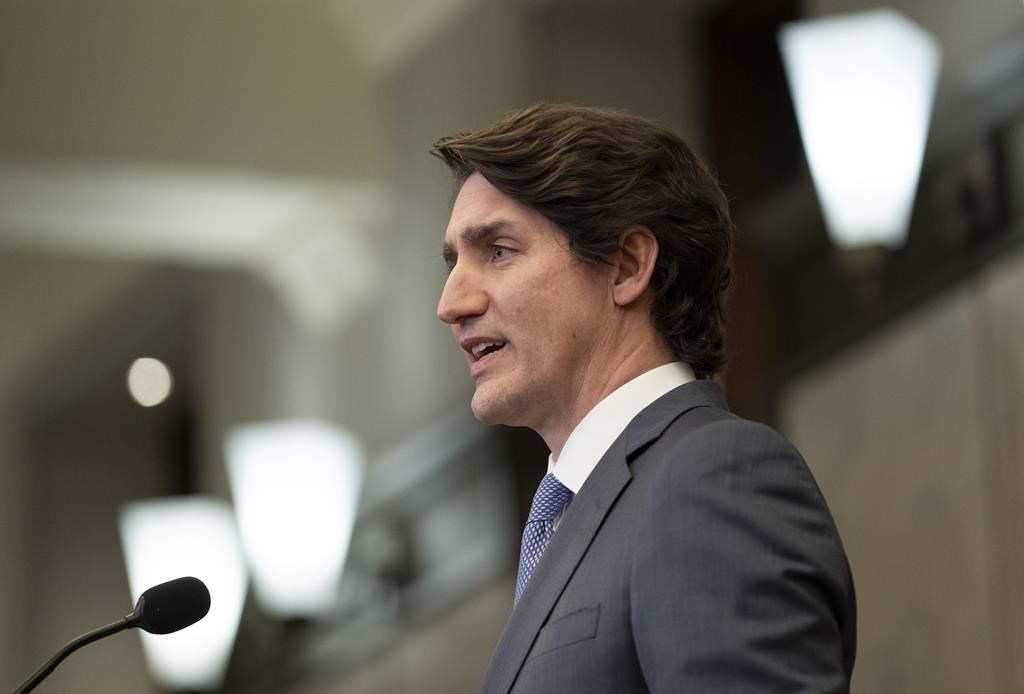 Prime Minister Justin Trudeau is scheduled to visit the Williams Lake First Nation in British Columbia this week after the band said it found evidence that the remains of 93 children could be buried at a former residential school. (Photo - The Canadian Press)

Prime Minister Justin Trudeau is scheduled to visit the Williams Lake First Nation in British Columbia this week after the band said it found evidence that the remains of 93 children could be buried at a former residential school.

Chief Willie Sellars says in a news release that the First Nation has much to discuss with Trudeau about what was found at the former school site.

The First Nation also wants to discuss the federal government's role in residential school investigations and Canada's commitment to the goals of reconciliation.

In January, the First Nation said a geophysical investigation found 93 "reflections" on the site of the former St. Joseph's Mission Residential School, less than a year after the discovery of what are believed to be the remains of more than 200 children at the former Kamloops residential school.

The statement from Sellars says the First Nation is honoured to welcome the prime minister to its territory and looks forward to a productive conversation.

The prime minister's itinerary shows he was scheduled to be in Metro Vancouver on Monday night to attend a private event in celebration of the Persian New Year.