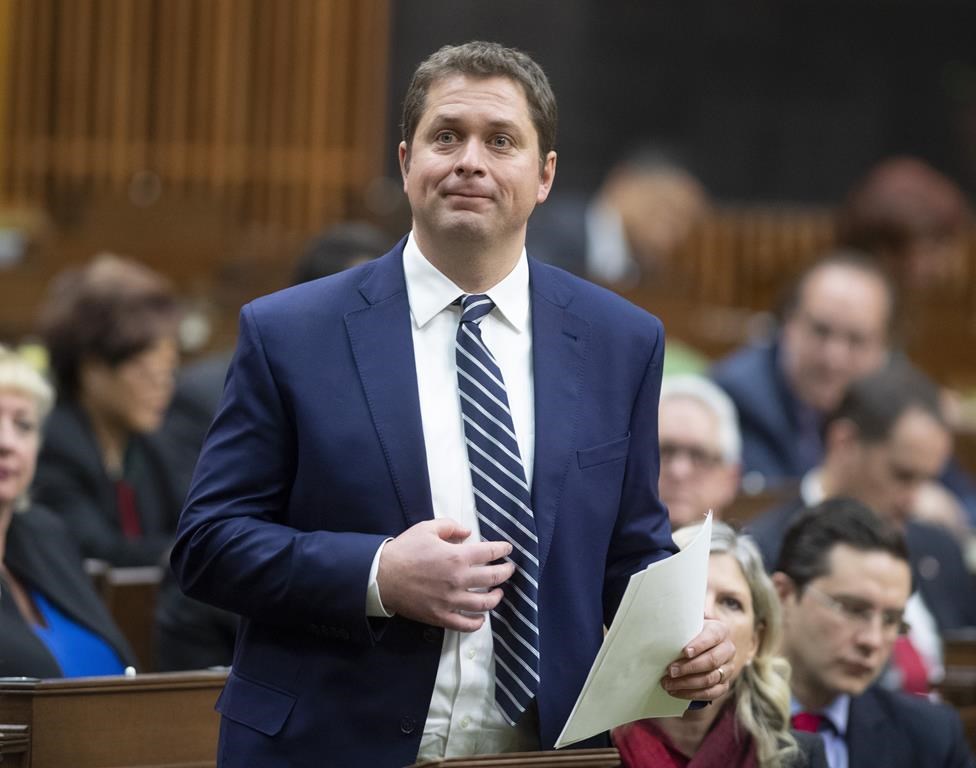 Leader of the Opposition Andrew Scheer rises to announce he will step down as leader of the Conservatives, Thursday December 12, 2019 in the House of Commons in Ottawa. In 2019, federal Conservatives sought to sway voters in their direction with the slogan "time for you to get ahead." THE CANADIAN PRESS/Adrian Wyld

The federal Conservatives will choose their next leader at a convention on June 27 in Toronto.

Former Conservative MP Lisa Raitt, who is co-organizing the race, said the rules for the race remain a work in progress, but the committee setting them continues to meet frequently.

The leadership race has been unofficially underway since current leader Andrew Scheer announced last month he would resign upon the election of his replacement.

Raitt - who had challenged Scheer for the leadership in 2017 - was named soon after to be co-chair of the committee to set the rules of that contest.

She says the committee's goal is a process that is open, efficient and transparent to ensure the party gets a good result.

The last Conservative leadership race lasted 16 months and at the time of the vote in May 2017, there were 14 names on the ballot.