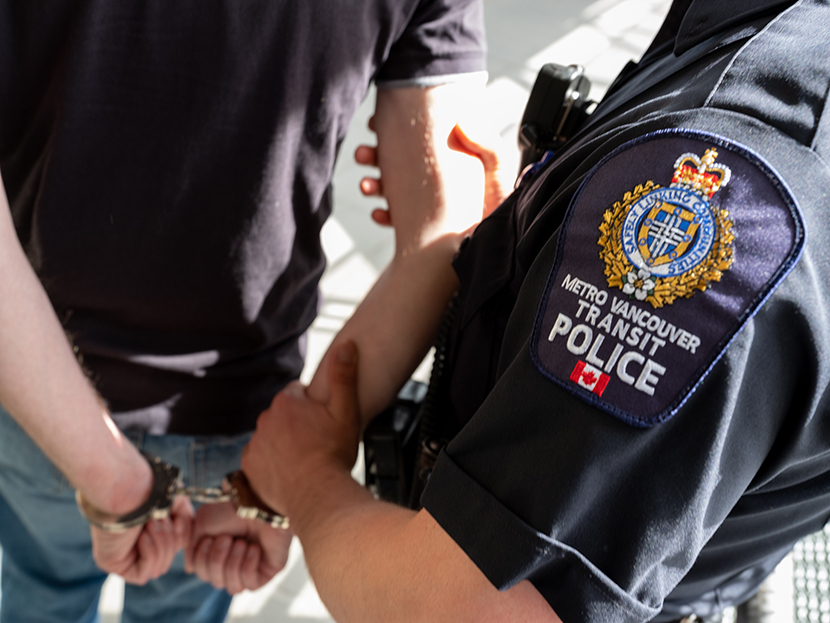 An appeal to the public by Metro Vancouver Transit Police has led to the quick arrest of a suspect who allegedly attacked and sexually assaulted a woman at 29th Avenue SkyTrain Station.

On November 27, 2021, shortly after 12:00 a.m., a woman was approached by a man at 29th Avenue SkyTrain Station who blocked her from walking past him multiple times. The suspect allegedly wrapped his arms around the victim, groped her, and forced her to the ground. The victim courageously fought back and pushed the suspect away before he allegedly shoved her down a set of stairs and grabbed her phone. The victim punched the suspect, yelled for help, and retrieved her phone.

The suspect in this incident has been identified as a 20-year-old Vancouver man who is known to police.

The Metro Vancouver Transit Police are recommending charges of Sexual Assault and Robbery. The suspect has been held in custody.

Metro Vancouver Transit Police would like to thank the media and the public for their assistance with this investigation. We received multiple tips that led to the suspect’s identity and arrest within 24 hours.