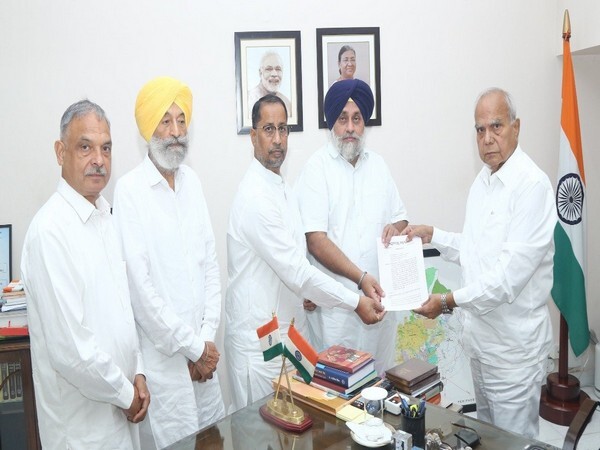 "There has been a scam in Punjab Excise Policy just like it happened in Delhi. Just like the Delhi LG has ordered an inquiry into the Excise Policy case, we demand a CBI inquiry along the same lines in Punjab," said Badal.

"For the first time, profit in album license has been increased from 5 to 10. So, we have demanded a CBI inquiry," he added.

"Submitted a memorandum to Pb Governor and urged him to order CBI and ED probes in the Rs 500 crore scam committed by the AAP govt in Punjab through its "tailor-made" excise policy framed in line with Delhi Policy, which has already been found illegal and case has been registered by CBI," he tweeted.