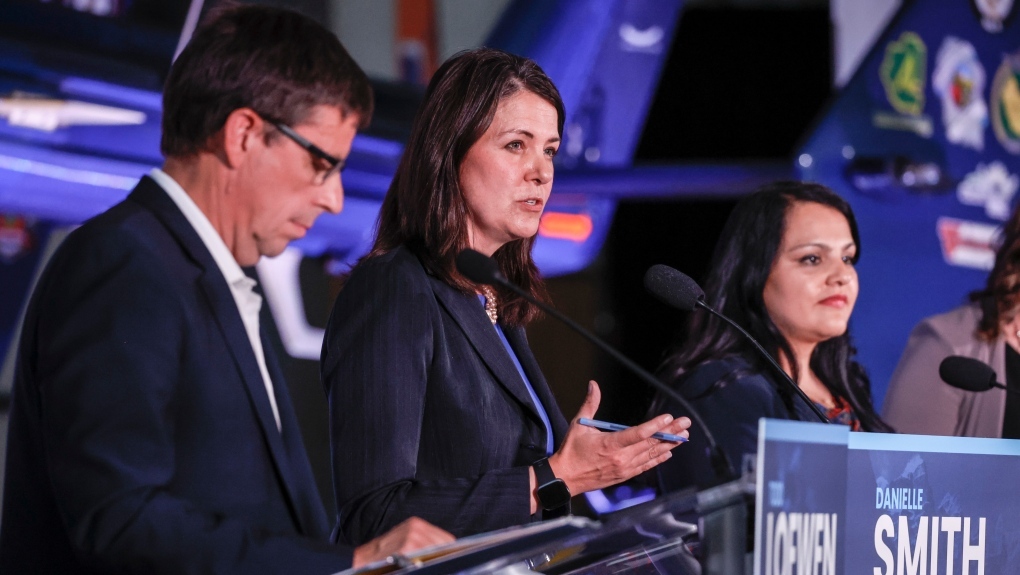 Pollster Janet Brown and political scientist Duane Bratt say the way Smith was attacked and criticized by multiple opponents at the debate make it clear she is seen as the one to beat.

Smith came under fire for her proposed Alberta sovereignty act, which she promises to pass this fall if she wins.

The act would grant the province the power to ignore federal laws and court rulings deemed not in its interests.

Smith says it's important to get Ottawa's attention and to draw a line in the stand on federal policies that undermine Alberta's economic development.