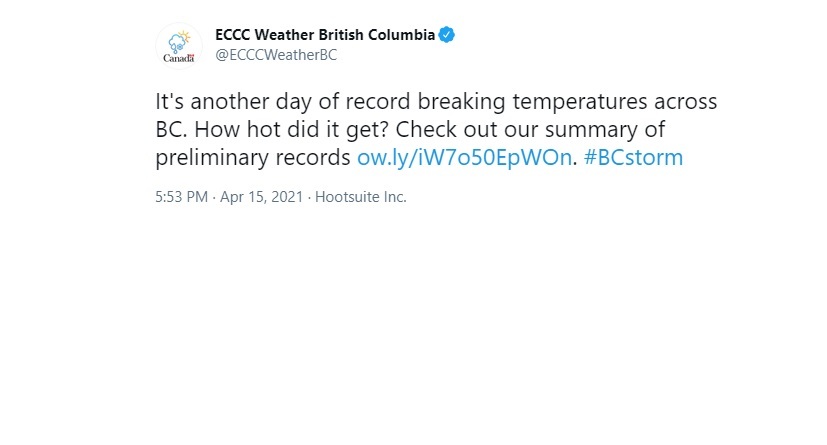 Several temperature records have tumbled in BC as unseasonably warm weather speeds the arrival of spring.

Environment Canada says 12 record highs were set yesterday in Bella Coola, Burns Lake and Smithers to parts of the Sunshine Coast, Sea-to-Sky corridor and along the Malahat on Vancouver Island.

The hot spot for all of Canada was Squamish, with a record of 27.1 degrees, breaking the community's former record for the day of 24.5 degrees, set 12 years ago.

Several of the records broken yesterday were set in 1947 but the longest-standing record fell in Pemberton, where the mercury reached 26.4 degrees, shattering the old record of 25 degrees set 95 years ago.

It's another day of record breaking temperatures across BC. How hot did it get? Check out our summary of preliminary records http://ow.ly/iW7o50EpWOn.