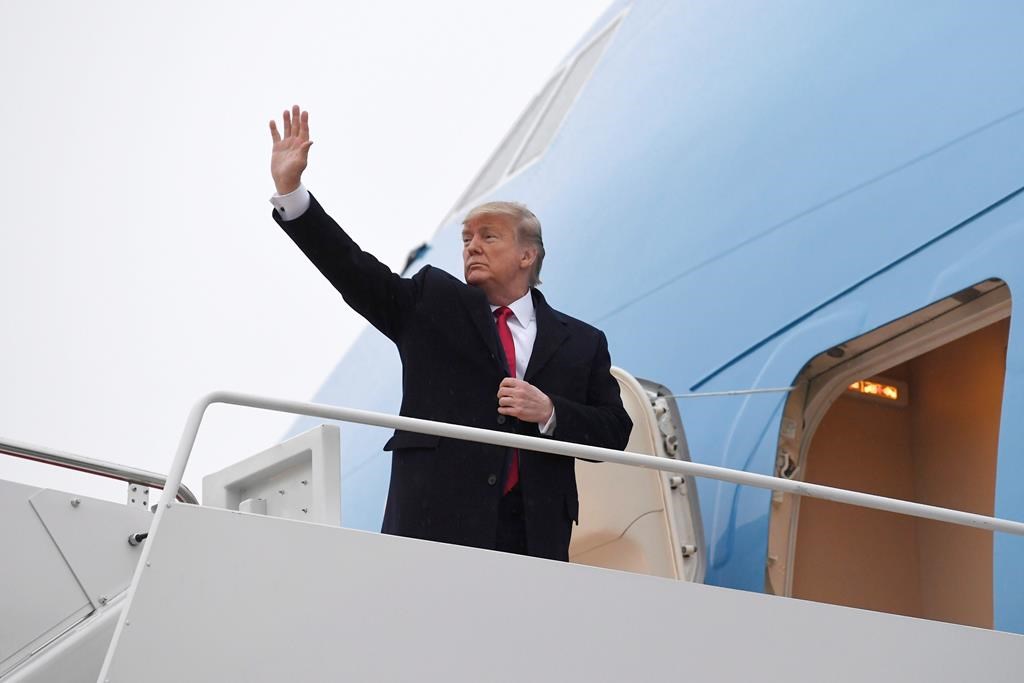 President Donald Trump waves from the top of the steps of Air Force One at Andrews Air Force Base in Md., Friday, Jan. 31, 2020. U.S. President Donald Trump's decision to slap visa restrictions on six new countries could affect immigration flows to Canada, if history is any indication. Past moves on immigration policy by his administration on Haiti and Iran saw asylum claims and student visa applications in Canada jump. THE CANADIAN PRESS/AP, Susan Walsh

The US Senate has acquitted President Donald Trump on both impeachment charges against him.

The first vote on abuse of power was defeated 52-to 48.

The second on obstruction of justice went down to defeat 53-to 47.

US Supreme Court Chief Justice John Roberts made the announcements.

The vote against impeachment was never in doubt, since the Republicans have control of the Senate.