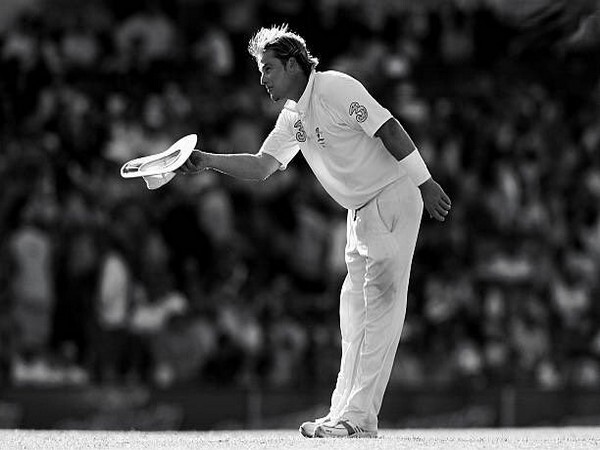 The Board of Control for Cricket in India (BCCI), Brian Lara, Adam Gilchrist and others mourned the demise of Australian spinner Shane Warne on Friday. (Photo - ANI)

The Board of Control for Cricket in India (BCCI), Brian Lara, Adam Gilchrist and others mourned the demise of Australian spinner Shane Warne on Friday.

The iconic spinner passed away in Thailand of a suspected heart attack, his management company said in a statement to Fox Sports.

"It's a sad day for world cricket. First the news of Rodney Marsh & now Shane Warne Heartbreaking! I have fond memories of playing with Warne. He was the king of spin & a legend of the game who's gone way before his time. RIP. You will be missed my condolences to his family," Yuvraj Singh tweeted.

"Numb. The highlight of my cricketing career was to keep wicket to Warnie. Best seat in the house to watch the maestro at work. Have often felt a tad selfish, that Heals and I pretty much exclusively are the only ones who had that thrill and pleasure at Test level. Rip Warnie," Adam Gilchrist wrote.

"The global cricketing community is poorer today with the passing away of Australian great Shane Warne. The BCCI mourns the loss of the champion cricketer who enriched the game with his craft," BCCI wrote.

"And speechless at the moment. I literally don't know how to sum up this situation. My friend is gone!! We have lost one of the Greatest Sportsmen of all time!! My condolences go out to his family. RIP Warnie!! You will be missed," former West Indies batter Brian Lara tweeted.

Shane Warne was one of the best leg-spinners to have embraced the game and was fondly known as 'King of Spin'. Warne scalped 708 wickets in his illustrious career which spanned 145 Test matches.

Warne played 194 One Day Internationals for Australia in which he scalped 293 wickets. The right-hander was also handy with the bat as he scored 3,154 runs in his Test career. He amassed 1,018 runs in the 50-overs format.

The leg-spinner was known for his guile bowling and took a total of 1001 wickets. He became the first-ever bowler to scale the peak of 1,000 international wickets.