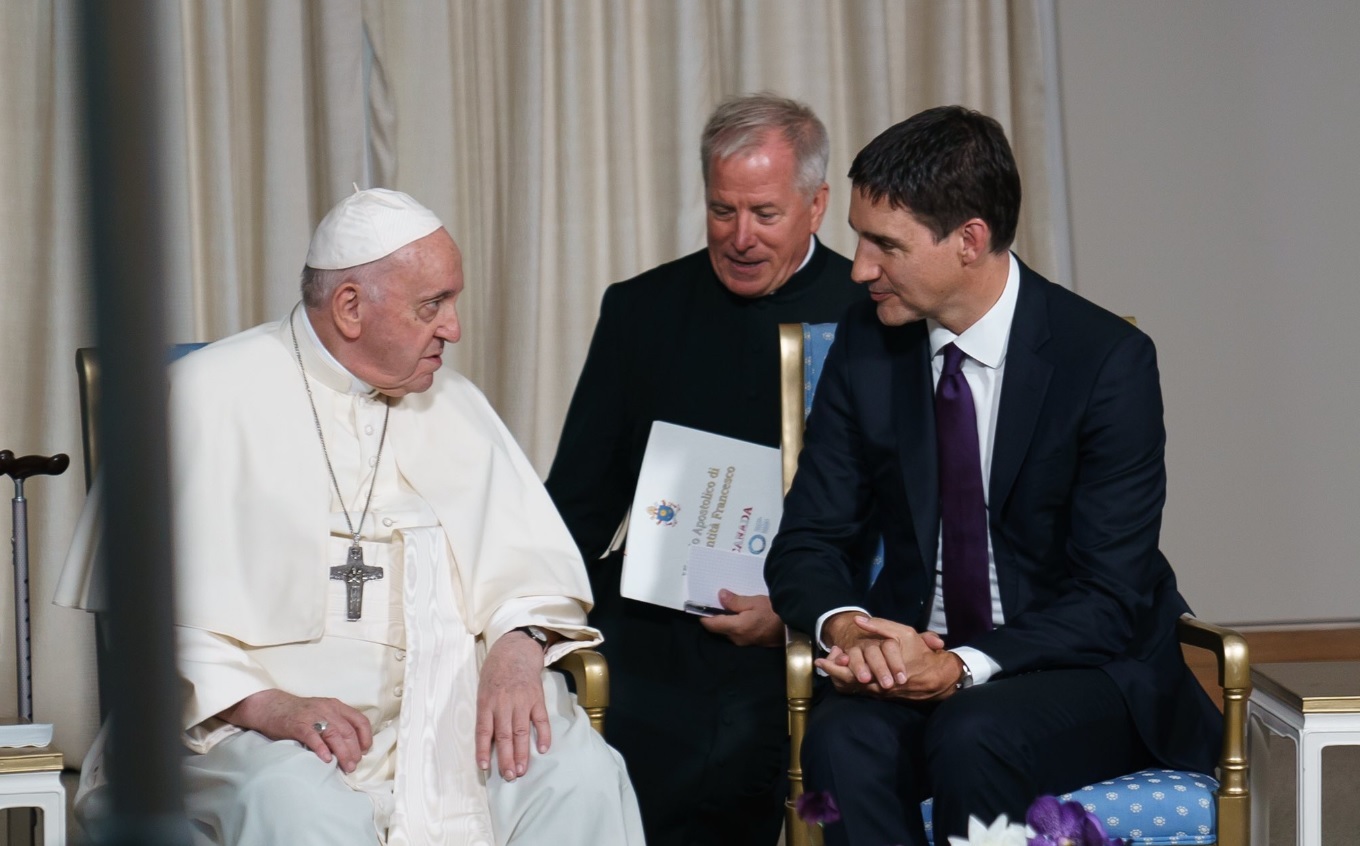 Pope Francis has come face-to-face with a long-standing demand from Indigenous peoples during his Canada pilgrimage. (Photo - Justin Trudeau/Twitter)

Pope Francis has come face-to-face with a long-standing demand from Indigenous peoples during his Canada pilgrimage.

They want him to formally rescind the papal decrees underpinning the so-called ``Doctrine of Discovery'' that seemingly legitimized the colonial-era seizure of Native lands and resources.

Pope Francis was at Quebec's shrine of Ste-Anne-de-Beaupre to give the second mass of his Canadian tour.

Prime Minister Justin Trudeau says there is a lot of work to do to correct the deep wounds of the past for Canada's Indigenous people and the pope's messages on this trip is just the beginning.

Organizers have said at least 70 per cent of the tickets for today's mass, both inside and outside the basilica, were reserved for Indigenous communities and residential school survivors.

He also made an unscheduled stop at the Fraternite Saint-Alphonse, where he talked with a group of elderly people, people suffering from various addictions and HIV/AIDS patients.