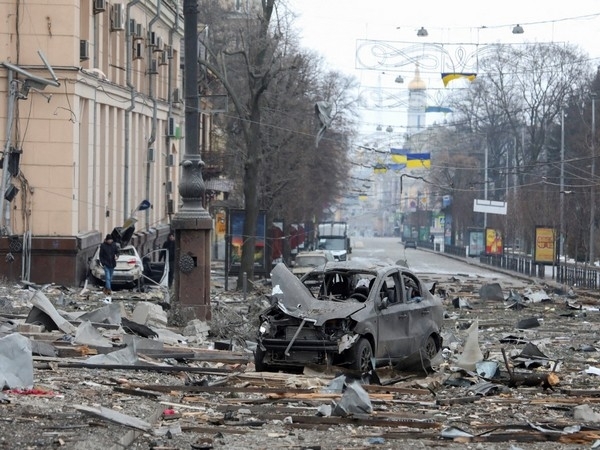 Russian President Vladimir Putin says he's ready for talks with Ukraine but insists it must agree to demilitarize, accept Moscow's sovereignty over Crimea, and surrender land to rebels in the east. (Photo - ANI)

Russian President Vladimir Putin says he's ready for talks with Ukraine but insists it must agree to demilitarize, accept Moscow's sovereignty over Crimea, and surrender land to rebels in the east.

That's according to a read-out of Putin's phone call earlier today with German Chancellor Olaf Scholz.

A Western official says a huge Russian military convoy advancing on Kyiv has made little progress for several days and has become a huge traffic jam that includes damaged or destroyed vehicles.