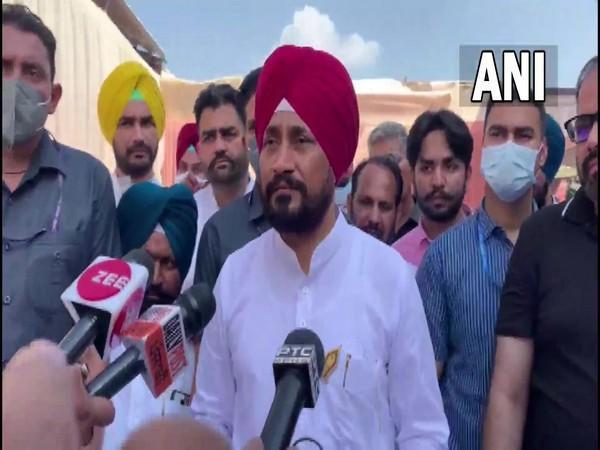 "Expressing solidarity with bereaved families of farmers, I am leaving for Lakhimpur Kheri to be with my brothers and sisters in this hour of grief. I have also sought permission from the UP government to allow landing and taking off of chopper at the site," Channi tweeted.

The Punjab government wrote to the Uttar Pradesh government seeking permission for landing and taking off of the Chief Minister's chopper.

"As you are aware that due to the situation arising out of the incident and deaths of peacefully protesting farmers in Lakhimpur Kheri of Uttar Pradesh, Chief Minister wants to visit the concerned families to be with them in this hour of grief," the Punjab government's Civil Aviation director said in the letter to UP Additional Chief Secretary Awanish Awasthi.

However, the Uttar Pradesh government, earlier in the day, had written to the Punjab chief secretary, urging not to let anyone from the state go to Lakhimpur Kheri where Section 144 of Criminal Procedure Code (CrPC) has been imposed following the death of 8 people.

The Uttar Pradesh government has also urged Lucknow airport not to allow Chhattisgarh CM Bhupesh Baghel and Punjab Deputy CM Sukhjinder S Randhawa to land at the airport ahead of their scheduled visit to Lakhimpur Kheri today.

As many as eight people died in the Lakhimpur Kheri incident on Sunday, said police.

Samyukta Kisan Morcha, an umbrella body of several farmer unions, alleged that Ashish Mishra Teni, son of Union Minister of State for Home Affairs Ajay Mishra Teni arrived with three vehicles around the time that farmers were dispersing from their protest at the helipad and mowed down farmers and towards the end also attacked SKM leader Tajinder Singh Virk directly, by trying to run a vehicle over him.

However, Ashish Mishra refuted SKM's allegations and said he was not present at the spot where the incident took place.