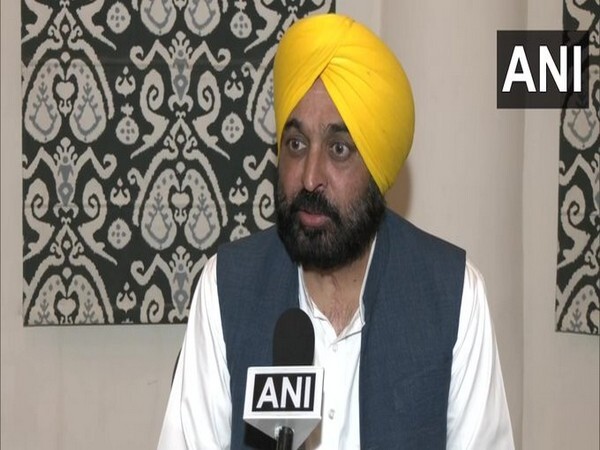 Punjab Chief Minister Bhagwant Mann was admitted to a hospital in Delhi on Wednesday early morning, said sources on Thursday.

Mann was admitted for treatment in Delhi's Apollo Hospital after he felt unwell.

The Chief Minister was checked for a stomach ache following which the doctors diagnosed him with an infection.

On Wednesday, Mann had congratulated the Police and the anti-gangster task force for successfully executing an operation against gangsters in the state after two Sidhu Moose Wala killers were gunned down after a heavy exchange of fire with Punjab Police near Amritsar on Wednesday, according to an official.

The killed gangsters were identified as Jagroop Singh Roopa and Manpreet Singh from whom an AK47 and a pistol were recovered after the encounter.

In a statement issued from Chief Minister's Office (CMO) here, the Chief Minister said that the state government has launched a decisive war against the gangsters and anti-social elements in the state, and as per the commitment, the Punjab Police has got major success in an anti-gangster operation in Amritsar.