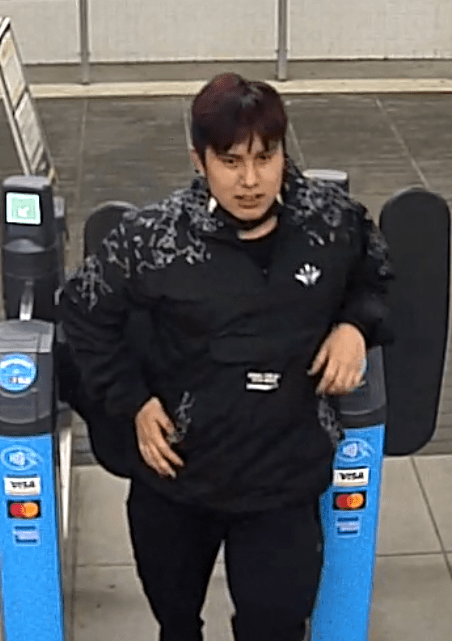 Metro Vancouver Transit Police are asking for the public’s help in identifying a suspect who allegedly attacked and sexually assaulted a woman inside a SkyTrain station.

Early Saturday morning on November 27th, 2021, shortly after 12:00 a.m., a woman was walking down the stairs to the platform of 29th Ave SkyTrain Station when she was approached by an individual who asked for the time. As the suspect approached the woman, they allegedly blocked her path multiple times and tried to engage in conversation. They eventually wrapped their arms around her, groped her and forced her to the ground. The victim courageously fought back and pushed the suspect away. During the altercation, the suspect allegedly shoved the victim down a set of stairs and grabbed her phone. The victim punched the suspect, yelled for help, and was able to retrieve her phone.

The suspect is described as medium/olive-skinned, early 20s, standing 5’9″ tall with a medium build. They have short/medium-length black hair with a red tint. T wearing a black jacket with large white lettering down the back, black pants, black shoes with a yellow sole and black nail polish.

"Reducing sexual assaults is an operational priority for Metro Vancouver Transit Police. Every report is taken seriously and investigated fully. A predatory attack like this is very concerning. We are using every means available, including the media, to identify this suspect quickly. The public has helped us solve crimes in the past, and we are confident that will be the case here as well." – Constable Mike Yake.