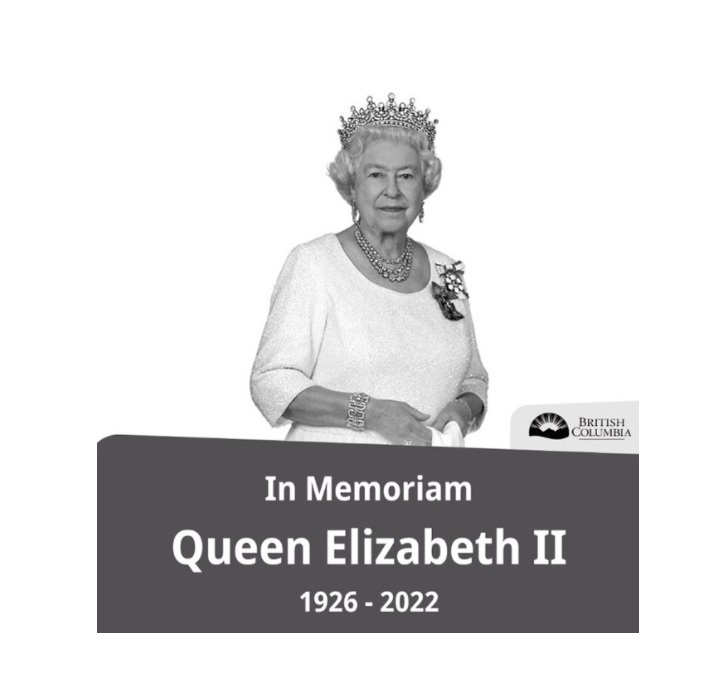 Ontario won't be giving residents a provincial holiday next Monday for the queen's funeral. (Photo - BC Govt.)

Ontario won't be giving residents a provincial holiday next Monday for the queen's funeral.

Instead, the government says the day will be a provincial day of mourning with residents able to observe a moment of silence at 1 pm.

Premier Doug Ford says that will give Ontarians a chance to reflect on the queen's remarkable life and allow students to be in school learning about her contributions.

Prime Minister Justin Trudeau has declared the day a federal holiday to mark the queen's state funeral in London.

Prince Edward Island is declaring next Monday a one-time statutory holiday for all provincially-regulated workers.

Earlier today, Prime Minister Justin Trudeau announced that September 19th will be a federal holiday to mourn the Queen on the day of her state funeral in London.

Employers in federally-regulated industries, such as banks and airlines, are not required to recognize the holiday but may opt to do so.

New Brunswick also says it will observe the national day of mourning by closing schools and government offices.

Nova Scotia and Newfoundland and Labrador also said they would observe the national day of mourning, but all three provinces added the holiday will be optional for private-sector employers.