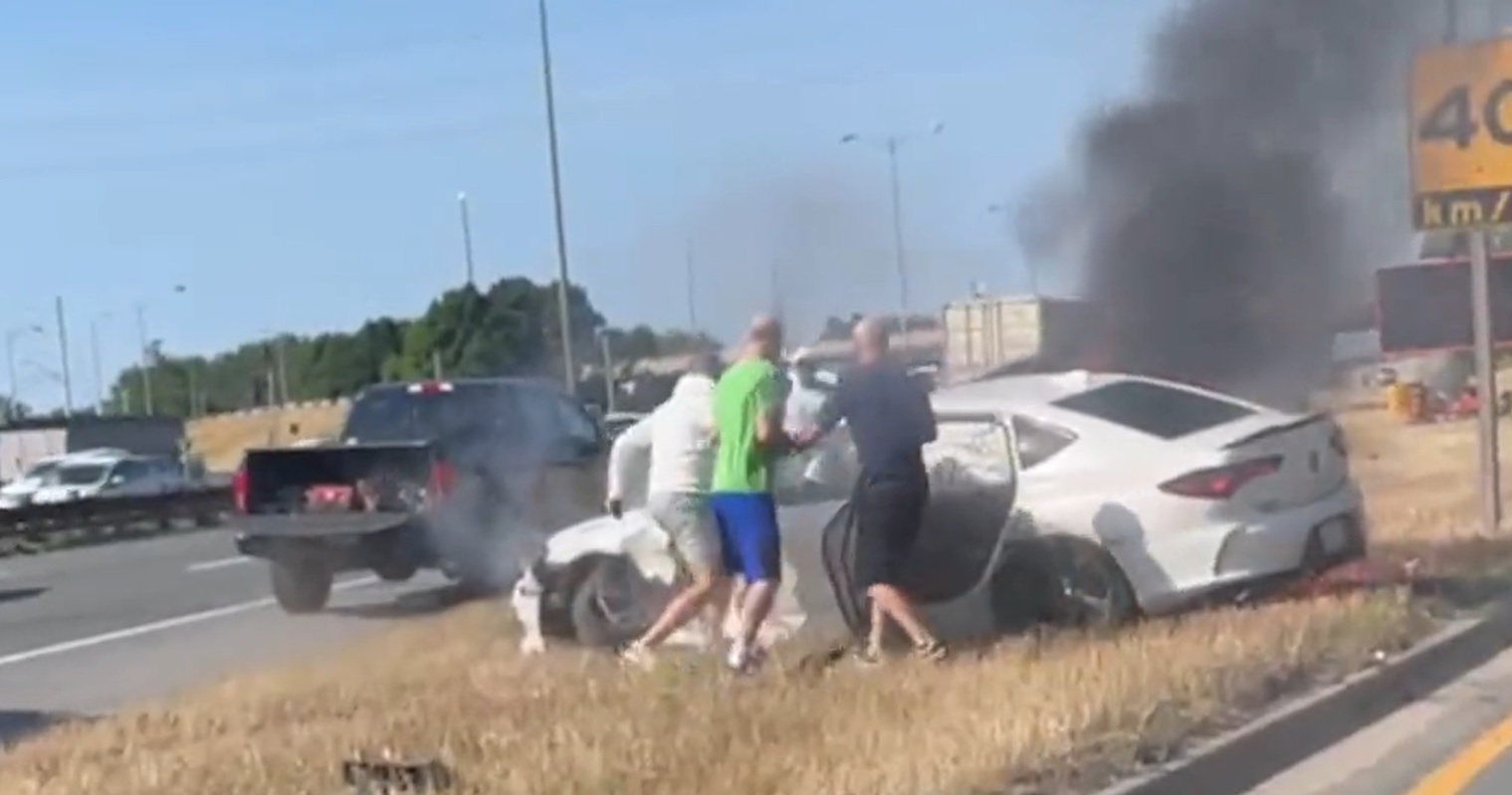 Ontario Provincial Police are praising a group of people who pulled a Toronto man from his burning vehicle on the westbound QEW on Monday. (Photo - OPP highway safety division)

Ontario Provincial Police are praising a group of people who pulled a Toronto man from his burning vehicle on the westbound QEW on Monday.

The force's highway safety division tweeted a video that shows five men approaching a Toronto man's white sedan, which appears to be stopped on the side of the road.

The force says the 36 year old Toronto man had experienced a medical episode before his car stopped at the Cawthra Road exit.

The men were able to smash the driver's side window and free the driver before his car burst into flames moments later.