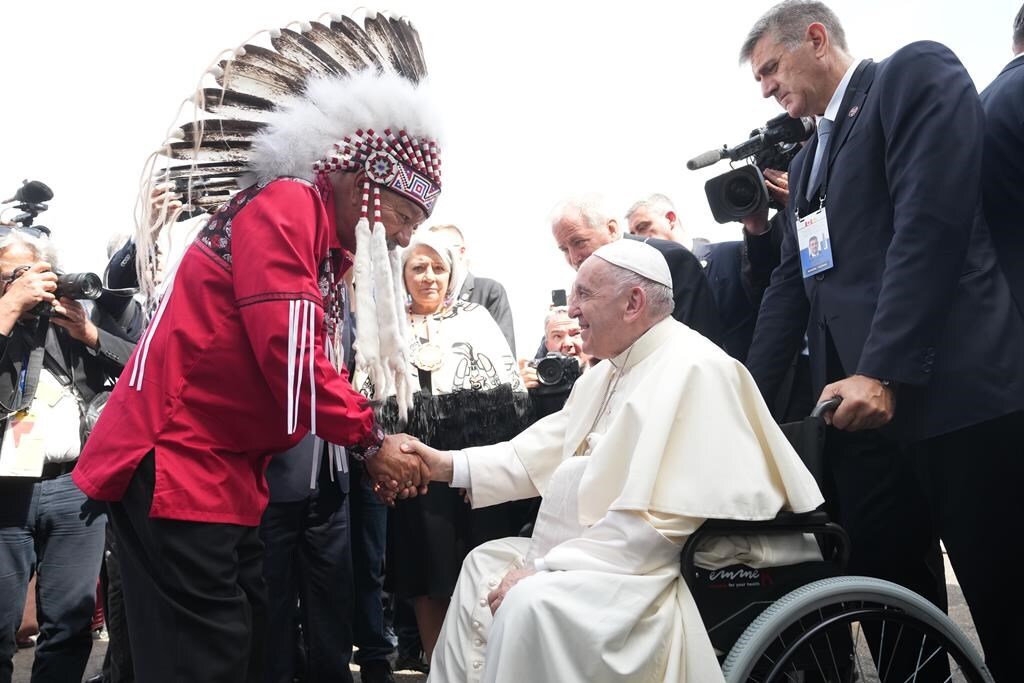 Pope visit to include stops at a former residential school (Photo: The Canadian Press)

Pope Francis plans to visit the former Ermineskin Indian Residential School in the community of Maskwacis, south of Edmonton,today.

That is where Francis is to deliver his first public statement in Canada and is expected to apologize to Indigenous Peoples for abuses they have suffered.

He arrived in Edmonton yesterday to an honour drum song ahead of what he describes as a ``penitential'' trip aimed at reconciliation with Indigenous people for the Catholic Church's role in residential schools.

Francis is set to speak in the afternoon with Indigenous Peoples and parish members at the Church of Sacred Heart in Edmonton.

Later in the week, the Pope plans to host a large outdoor mass at the city’s football stadium and take part in a pilgrimage in nearby Lac Ste. Anne, before travelling to Quebec City and Iqaluit.