Police seek information after shooting victim drives himself to hospital 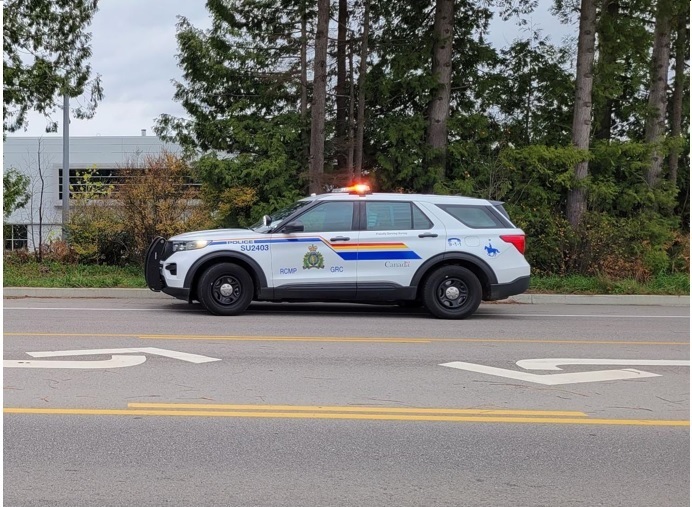 Surrey RCMP is seeking information on a shooting that occurred on Sunday and requesting anyone with dash camera footage from the area to contact police. (Photo - Surrey RCMP)

Surrey RCMP is seeking information on a shooting that occurred on Sunday and requesting anyone with dash camera footage from the area to contact police.

On October 9, 2022, at approximately 6:13 p.m., Surrey RCMP received a report that a man with a gunshot wound had attended a hospital in another jurisdiction. The man was allegedly shot while in his vehicle waiting at a red light in the area of Scott Road and 110 Avenue in Surrey. The man sustained an injury to his hand, allegedly drove himself to an area hospital, and has since been released.

Surrey RCMP’s General Investigation Unit has conduct of the investigation and initial indications are that it was a targeted incident. Although the motive of the shooting remains under investigation, the victim is known to police and has gang affiliations.

At the time of the shooting the victim was driving a 2016 White Honda Civic and travelling northbound on Scott Road. The suspect vehicle is described as a dark sedan.

"This shooting allegedly occurred on a busy roadway during the day and yet we did not receive any police reports," says, Surrey RCMP Media Relations Officer, Corporal Vanessa Munn. "Investigators are asking for anyone who was travelling along Scott Road near 110 Avenue on Sunday between 4:30 p.m. and 5:30 p.m. who has dash camera footage to contact police."