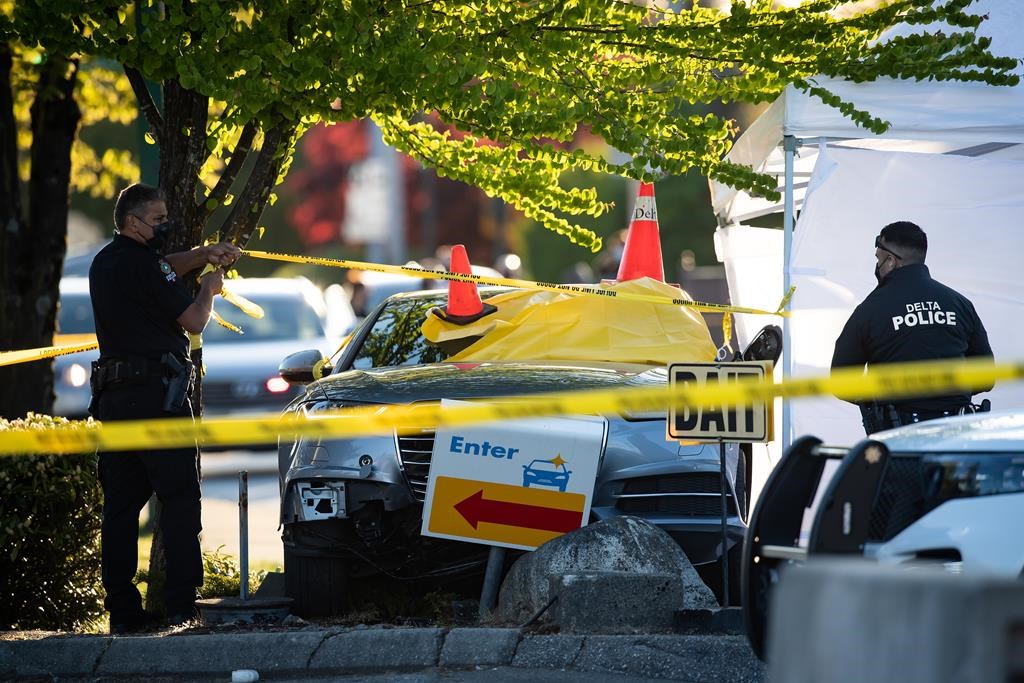 A tarp covers the windshield of a vehicle that crashed after a shooting near a busy shopping centre, in Delta, B.C., on Saturday, May 1, 2021. THE CANADIAN PRESS/Darryl Dyck

A provincial corrections officer has been identified as the victim of a fatal shooting in Delta, B.C.

The victim has been identified as Bikramdeep Randhawa, 29, of Surrey, B.C.

Delta Police say in a news release they are considering the daylight shooting outside the Scottsdale Centre mall Saturday to be targeted based on behaviour by the suspects, but the motive is not known.

They say investigators are looking at all angles, including that it was a case of mistaken identity, that it related to the man's personal life or that it was linked to his occupation.

Police say they are in contact with other law enforcement partners about possible links to other incidents in Metro Vancouver, but they have not determined if it is linked to gang conflict.

No arrests have been made, but a suspect vehicle linked to the shooting was discovered burned in Burnaby, B.C., on Saturday.