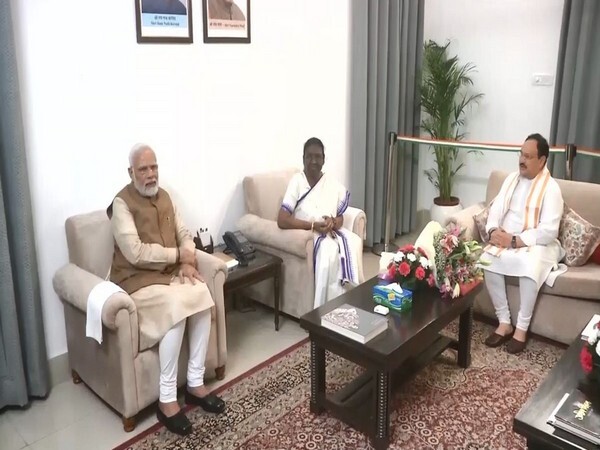 A woman who hails from a minority ethnic community has been chosen as India's new president. On Thursday, Droupadi Murmu became the first president from one of the country's tribes and the second-ever female president of India.

Prime Minister Narendra Modi met Droupadi Murmu at her residence on Thursday and greeted and congratulated her on being elected as the new President of the country.Bharatiya Janata Party president JP Nadda was also present during the meeting.

Murmu will be 15th President of India.

The presidential contest was between Murmu and opposition candidate Yashwant Sinha.