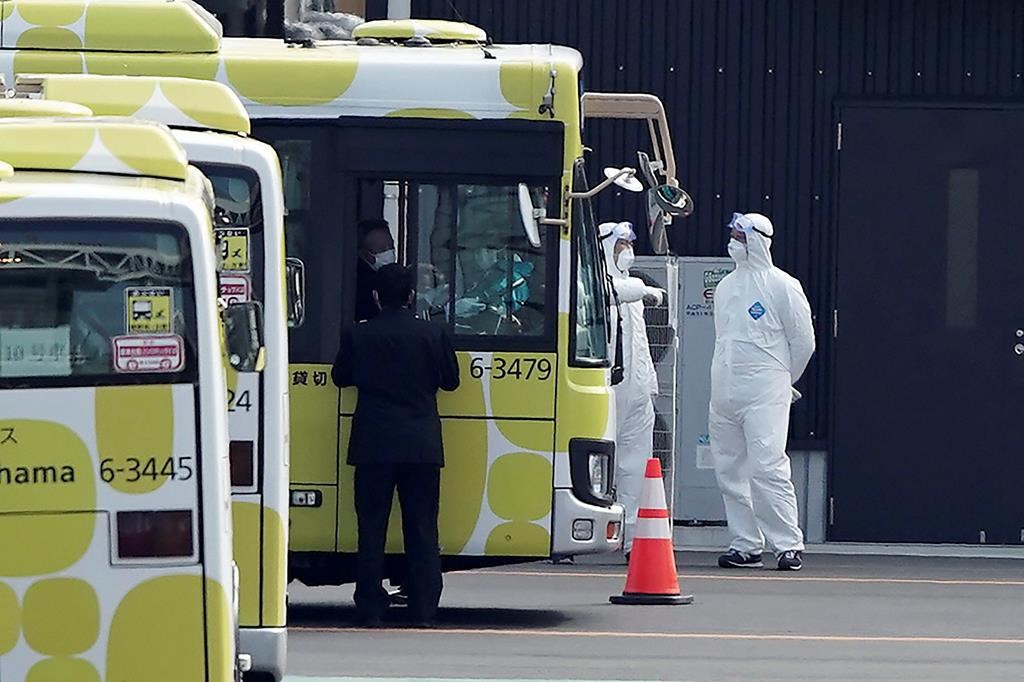 Officials and staffs prepare for the passengers from the quarantined Diamond Princess cruise ship to leave a port in Yokohama, near Tokyo, Wednesday, Feb. 19, 2020. (AP Photo/Eugene Hoshiko)

Hundreds of passengers began leaving the Diamond Princess cruise ship Wednesday after the end of a much criticized, two week quarantine that failed to stop the spread of a new virus among passengers and crew.

Officials still were continuing tests for the coronavirus that has sickened tens of thousands of people in China and more than 540 on the ship.

Some passengers said on Twitter they received health check forms asking if they had any symptoms such as headache, fever, cough.

Passengers who tested negative and had no symptoms still had to get their body temperature checked before leaving. A Japanese passenger said he was still waiting for his virus results and was getting worried.

Japanese officials will spend several days staging the high-stakes evacuation of about 2,500 people who've been kept aboard the ship at the Yokohama port near Tokyo after one passenger who departed the ship earlier in Hong Kong was found to have the virus.

The ship, which some experts have called a perfect virus incubator, has since become the site of the most infections outside of China, where the virus was first identified.

As of Tuesday, 542 cases have been identified among the original 3,711 people on the ship. Even though Japanese officials insist the number of infected patients is levelling off, dozens of new cases on the ship continue to mount daily.

On Tuesday, 88 people tested positive; a day earlier 99 others were found to have been infected.

About 500 are expected to return home Wednesday.

Crew members, who couldn't be confined to their rooms over the last two weeks because they were working, are expected to stay on the ship.

The ship’s operator, Princess Cruises, said in a statement Tuesday that 169 people who tested positive recently were still on the ship as they waited for transportation to hospitals.

Prime Minister Justin Trudeau is on his way home from a trio of summits that saw leaders focus heavily on Russia's war ... 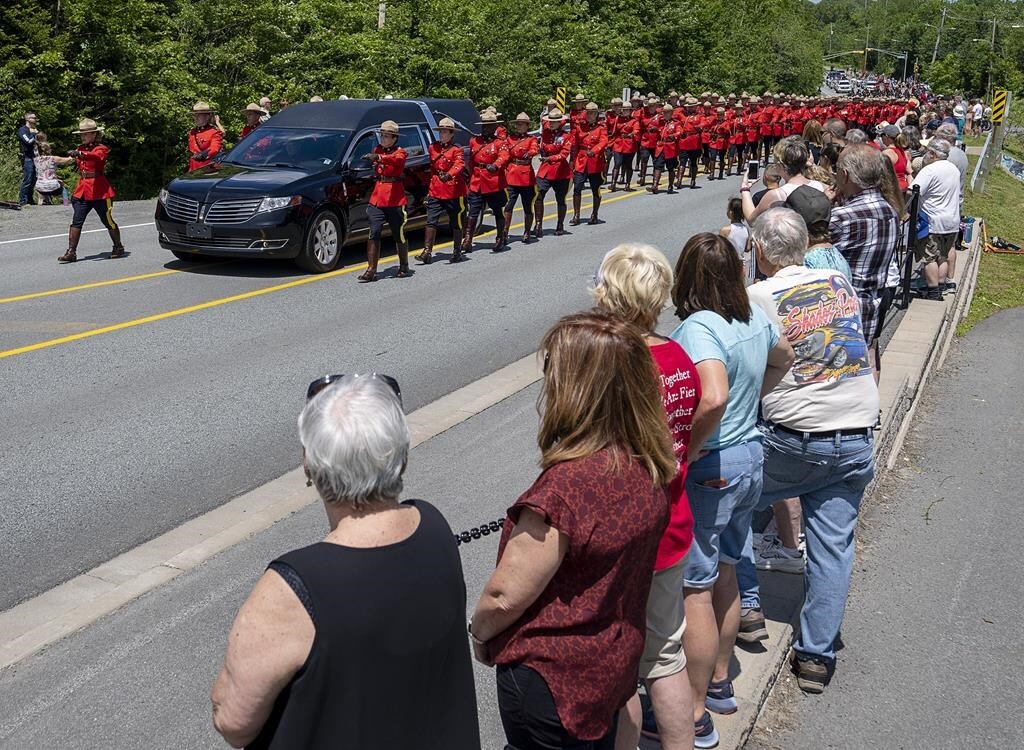 An RCMP officer who was among 22 people killed in the 2020 Nova Scotia mass shooting was remembered today during a regim...