Man arrested after woman attacked with a hammer: Victoria police 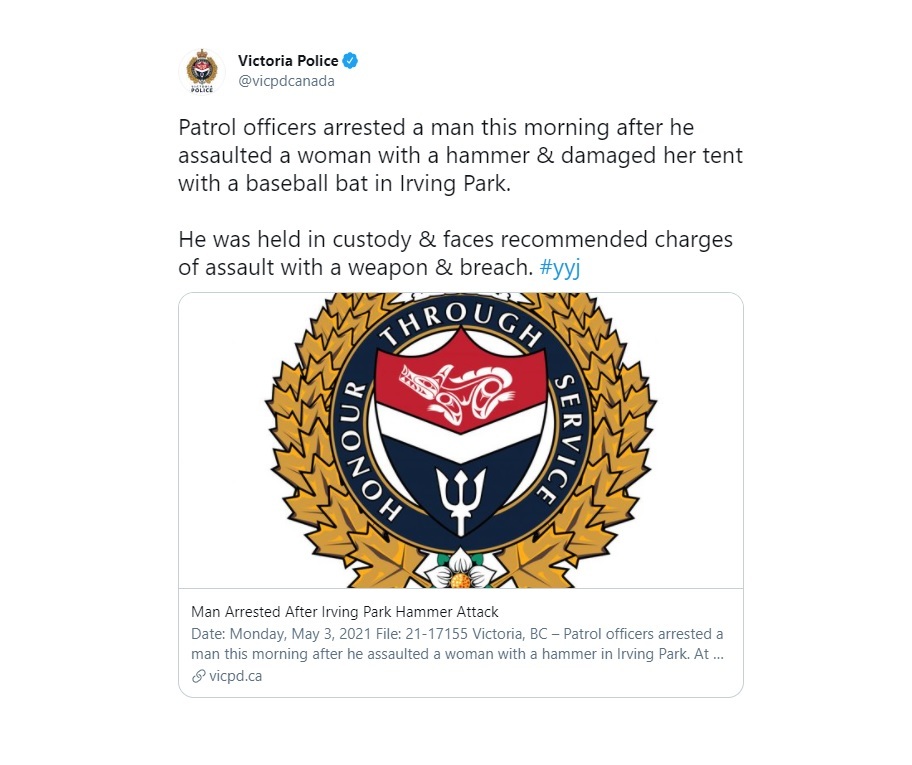 A man has been arrested in Victoria after a woman was attacked with a hammer at a park in James Bay. (Photo - Victoria Police/Twitter)

A man has been arrested in Victoria after a woman was attacked with a hammer at a park in James Bay.

Officers on patrol were called to Irving Park following a loud altercation and learned on the way there that a woman's tent was destroyed with a baseball bat before she was assaulted with a hammer.

Police say the suspect was found in his own tent and taken into custody while the woman was treated by paramedics at the scene.

Charges of assault with a weapon, breach of probation and breaching conditions of release are being recommended against a 48-year-old man with a criminal record.

Patrol officers arrested a man this morning after he assaulted a woman with a hammer & damaged her tent with a baseball bat in Irving Park.

He was held in custody & faces recommended charges of assault with a weapon & breach.