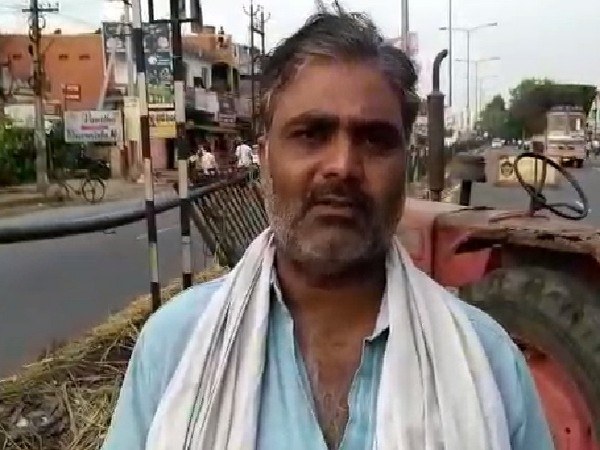 A lorry driver here has been voluntarily doing sanitisation work by spraying sodium hypochlorite liquid on roads and vehicles passing by since March 26. Photo-ANI

A lorry driver here has been voluntarily doing sanitisation work by spraying sodium hypochlorite liquid on roads and vehicles passing by since March 26.

He wants to pay back something to the society during the crisis of coronavirus.

Reddy hired a tractor, bought a handgun for spraying purposes.

He filled the tractor with sodium hypochlorite and started spraying the chemical on the streets of Gannavaram, and on the vehicles going on the streets.

Thus, he became a part of the sanitisation work at his native place.

Reddy said: "I have been spraying sodium hypochlorite liquid in our village since March 26.

It will be good if everybody does anything for society.

"I felt it as my responsibility.

So I am doing this.

I thought I can get some sponsors, but nobody came forward.

I thought I should not stop as I started this service.