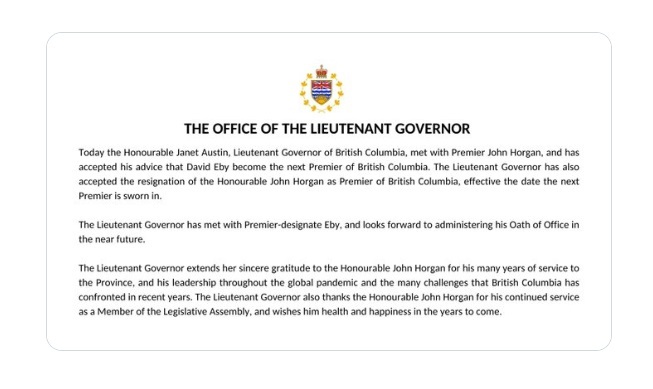 The Lieutenant Governor has also accepted the resignation of John Horgan as premier of British Columbia, effective on the date the next premier is sworn in.

The Lieutenant Governor also met with premier-designate Eby and looks forward to administering his oath of office in the near future.

The Lieutenant Governor extends her sincere gratitude to Premier Horgan for his many years of service to the Province, and his leadership throughout the global pandemic and the many challenges that British Columbia has confronted in recent years. The Lieutenant Governor also thanks him for his continued service as a member of the legislative assembly, and wishes him health and happiness in the years to come.