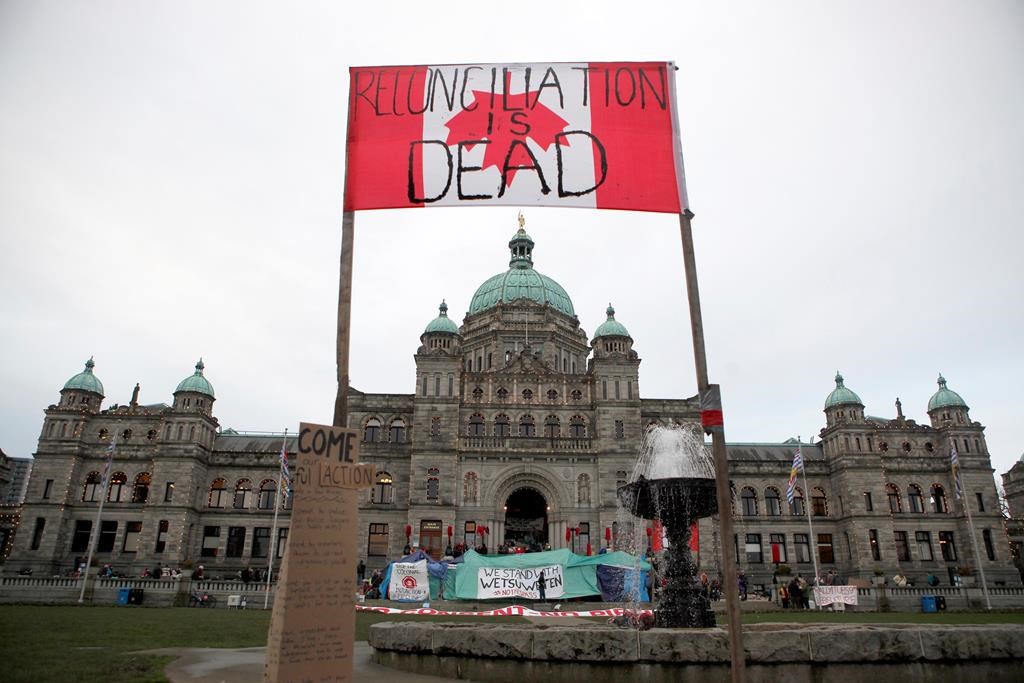 Wet'suwet'en protesters camp out in front of legislature before the speech from the throne in Victoria, B.C., on Tuesday, February 11, 2020. THE CANADIAN PRESS/Chad Hipolito

B.C. Premier John Horgan says anti-pipeline demonstrators who prevented people from entering the legislature for his government's throne speech on Tuesday need to respect the rights of others.

``Peaceful demonstration is fundamental to our success as a democracy,'' he told a news conference today.

``But to have a group of people say to others you are illegitimate, you are not allowed in here, you are somehow a sellout to the values of Canadians is just plain wrong, and I want to underline that.''

Horgan said he cancelled a news conference on Tuesday because he wanted to take 24 hours to reflect on what happened.

Asked what the province can do as the economy is affected by the protests, he said other people have to be allowed ``to go about their business in a free and fair way.''