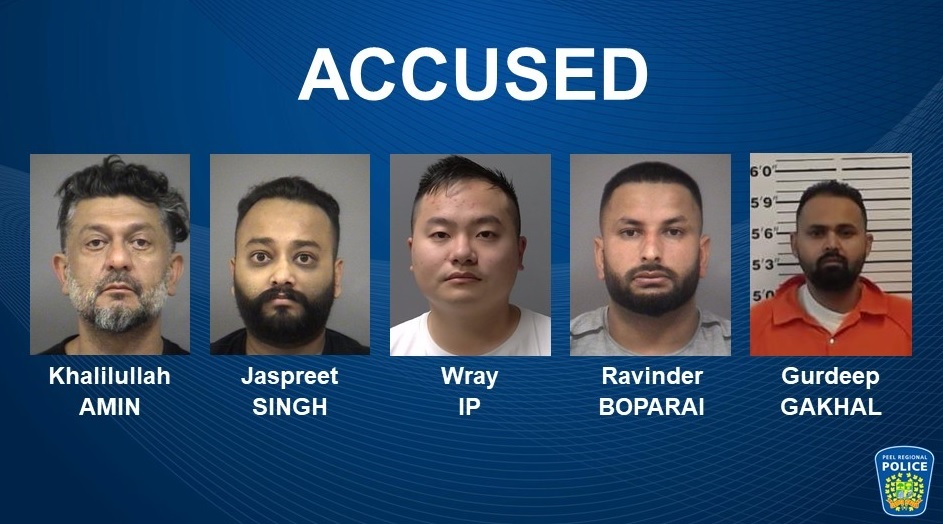 Peel Regional Police Specialized Enforcement Bureau (SEB), through funding provided by the Government of Ontario and Criminal Intelligence Service Ontario (C.I.S.O) were involved in an 11-month long investigation involving an intricate international drug trafficking enterprise. The investigation resulted in the seizure of illegal narcotics with a street value of over $25 million, including:

"Guns, gangs and drugs are of the highest priority for our service. With funding from the C.I.S.O. and collaborations with the enforcement community, our investigators have made a significant impact to organized crime in our Region," says Peel Regional Police Chief, Nishan Duraiappah. "I would like to thank our investigators and partners for their incredible work on Project Zucaritas. Their efforts have prevented significant amounts of dangerous narcotics from reaching our community."

"Our Specialized Enforcement Bureau, both civilian and uniform members, worked tirelessly to bring this investigation to a successful outcome," says Inspector Todd Custance, Specialized Enforcement Bureau. "The seizures of these drugs represent a significant financial impact to organized crime, which in turn will limit their ability to finance future illicit activities."

Police investigation revealed that members of this group used commercial trucking businesses to transport drugs from the United States directly to the Region of Peel and surrounding areas of the Greater Toronto Area.

The 11-month investigation identified several group members at various levels of the organization:

Khalilullah Amin, 46-year-old man from Caledon has been charged with two counts of trafficking in controlled substances.

Jaspreet Singh, 28-year-old man from Brampton has been charged with one count of trafficking in a controlled substance, and one count of possession of property obtained by crime.

Wray Ip, 27-year-old man from Richmond Hill has been charged with four counts of possession for the purpose of trafficking.

Gurdeep Gakhal, 38-year-old man from Caledon has been charged with one count of trafficking in a controlled substance.

Friend Furniture, a business located at 2835 Argentia Rd. in Mississauga

The pace of Canada’s economic recovery has made it hard for employers, including those in the tourism industry, to find ...

A Winnipeg man who was charged earlier this year with killing a 24 year old Indigenous woman has now been accused of ki...