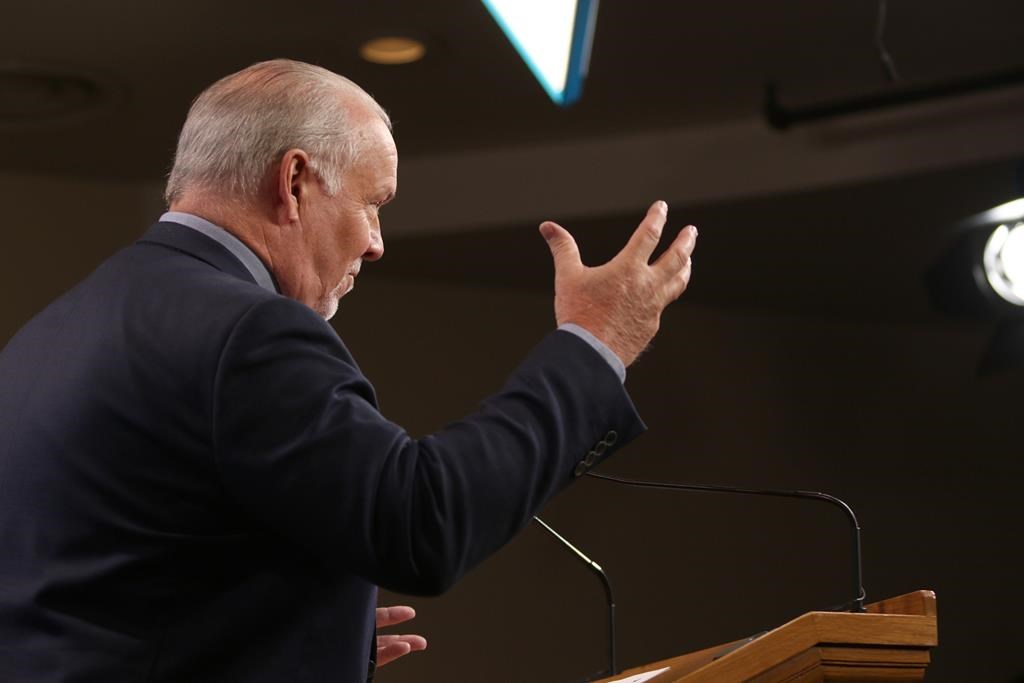 Premier John Horgan holds his first press conference of the year as he comments on various questions from the media in the Press Gallery at B.C. Legislature in Victoria, B.C., on Monday, January 13, 2020. THE CANADIAN PRESS/Chad Hipolito

Premier John Horgan says a natural gas pipeline across northern British Columbia will be built despite on going protests and an eviction notice from some hereditary Indigenous leaders.

The premier says the courts have ruled in favour of the project and the rule of law will apply to ensure work continues on the Coastal GasLink pipeline across northern B.C. to a coastal an export terminal.

The 670-kilometre pipeline is part of a $40 billion liquefied natural gas project.

Horgan says the project has received approval from 20 Indigenous nations along the pipeline route and its completion is of vital economic and social importance to the region.

Hereditary chiefs from the Wet'suwet'en Nation near Smithers say the project does not have their consent.

Horgan made the comments at a news conference following a video meeting with Prime Minister Justin Trudeau, after a West Coast snow storm postponed a meeting scheduled between the two leaders in Victoria.