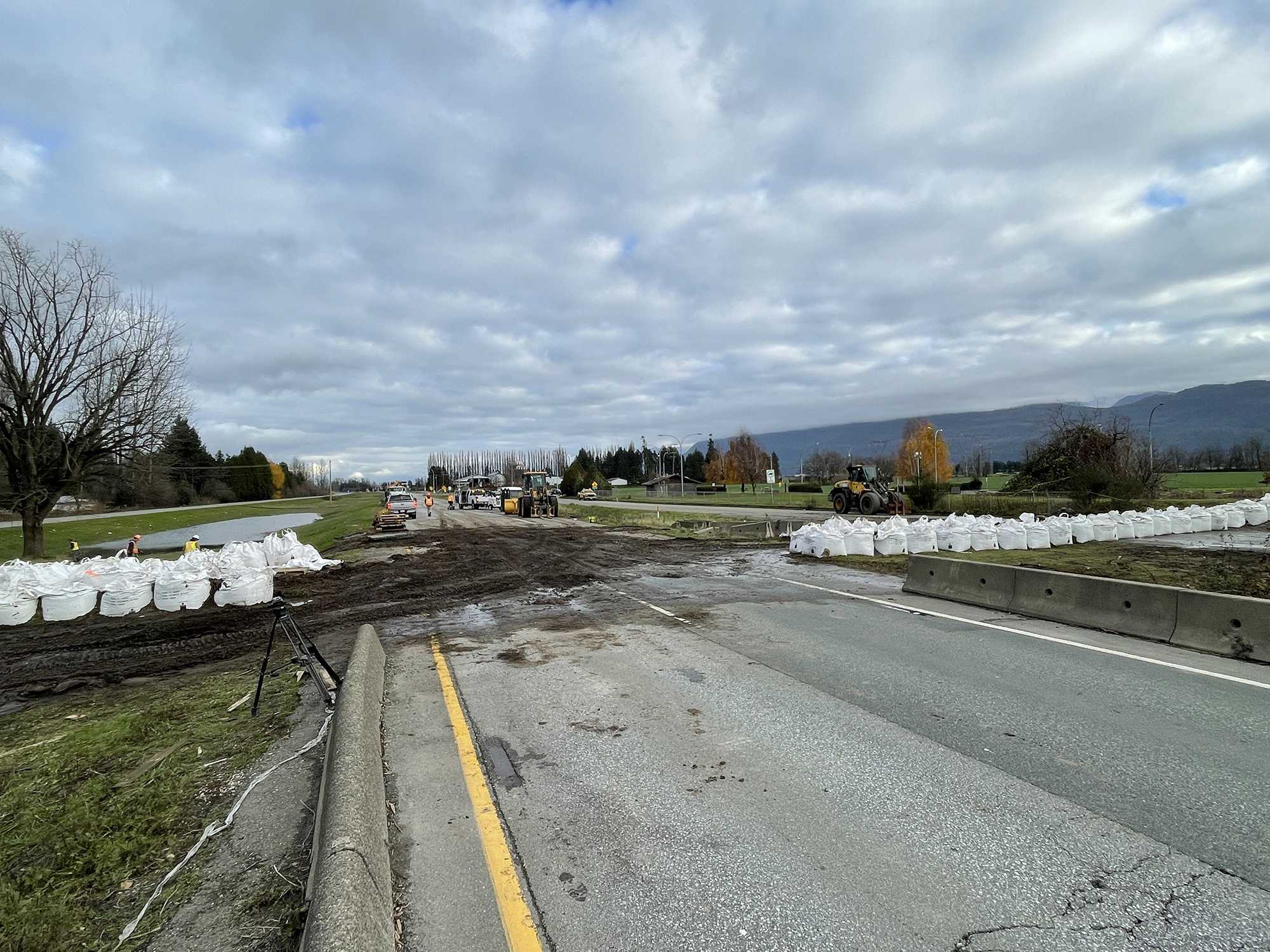 BC's public safety minister says the province is through the worst of the storms that brought historic flooding and damage to southern parts of the province. (Photo - BC Transportation/Twitter)

BC's public safety minister says the province is through the worst of the storms that brought historic flooding and damage to southern parts of the province.

But Mike Farnworth says officials and residents are only beginning to start the long-term cleanup.

He says both the provincial and federal governments are committed to help affected residents.

Environment Canada lifted all weather alerts for BC as storm conditions eased and floodwater receded, allowing for the reopening of Highway 1 between Abbotsford and Hope.

Highway 5, a main connector between BC's Interior and the Lower Mainland, was damaged in several locations by washouts and mudslides and isn't expected to reopen for commercial traffic until the end of January.