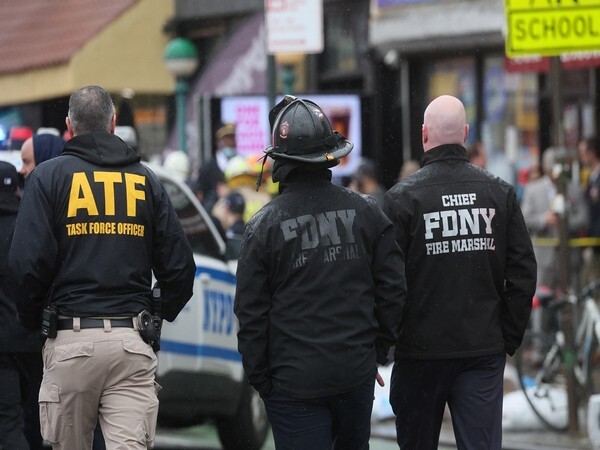 At least 10 people were shot and eight others injured when a gunman filled a rush-hour subway train with smoke and opened fire Tuesday morning.

Police were still searching for the shooter.

There were no life-threatening injuries and the attack was not being investigated as terrorism.

Officials said at least 16 in all were injured in some way in the attack at the 36th Street station in the borough's Sunset Park neighborhood. According to multiple law enforcement sources briefed on the investigation, preliminary information indicated that the gunman who fled was wearing a construction vest and a gas mask.