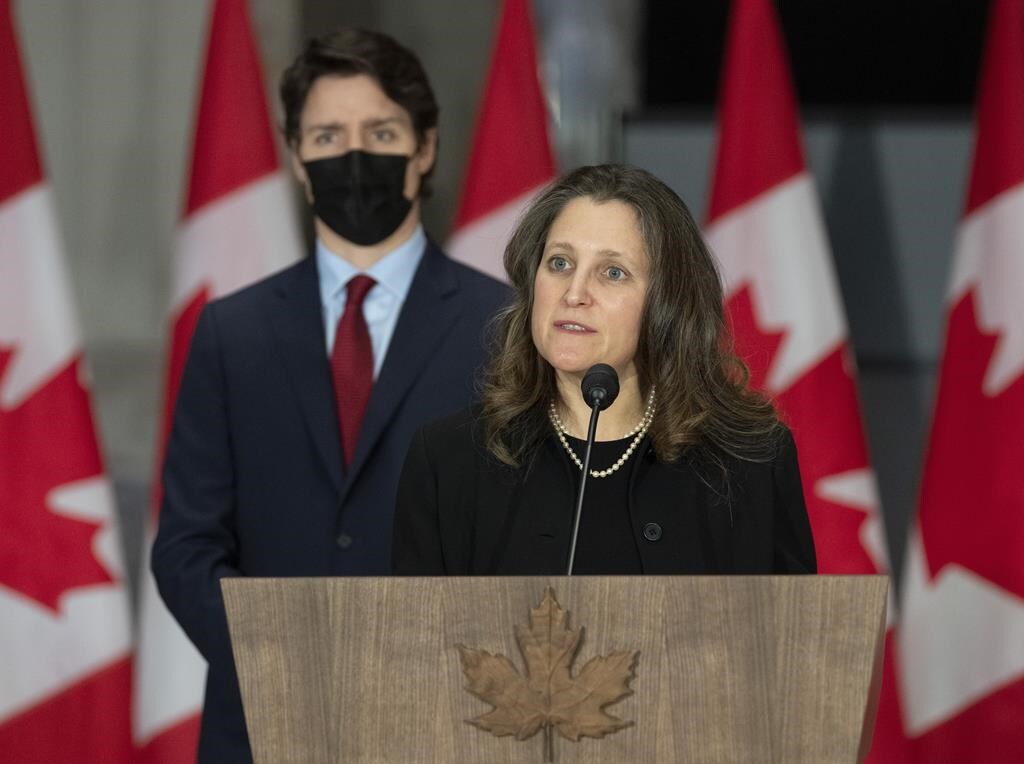 Finance Minister Chrystia Freeland says she will deliver this year's budget next week.

Freeland tells the House of Commons she will unveil the government's spending plans on April 7 in a document that has been expected to focus on measures to spur economic growth.

The budget is also expected to have new social programs promised as part of an agreement to earn the backing of the New Democrats in key parliamentary votes.

That includes the first steps on national pharmacare and dental care.

The budget is also expected to have billions of dollars in housing-related measures that the Liberals and New Democrats promised during last year's election campaign.

The Liberals may have extra spending room to absorb some of the new programs with the economy rebounding faster than anticipated, along with higher oil prices and inflation rates that are expected to pad the government's bottom line.