Federal government to provide $35M for supports during papal visit 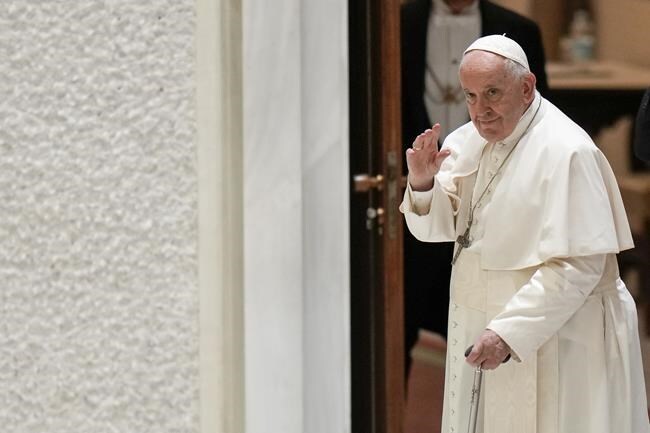 Pope Francis is set to travel to Alberta, Quebec and Nunavut from July 24 to 29 (Photo : The Canadian Press)

The federal government says it will provide more than $35 million during the papal visit to Canada to support Indigenous communities, organizations and residential schools survivors.

Pope Francis visit is set to start in Edmonton July 24th and will go to Quebec and Nunavut before it ends on the 29th.

Indigenous Services Canada and Crown-Indigenous Relations and Northern Affairs Canada are putting up 30.5-million dollars for community-led activities and travel for survivors.

It's expected Francis will deliver an apology for the Roman Catholic Church's role in residential schools.