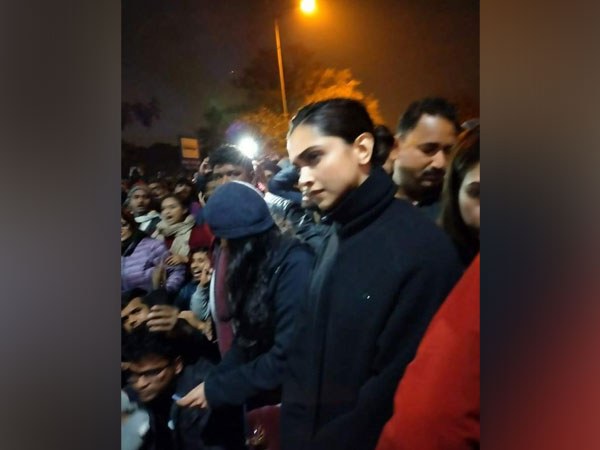 The Bollywood actor was seen standing with students as the demonstrators raised the slogan of "Jai Bhim-Jai Bhim". She did not issue any statement nor address the students.

Deepika is currently in the national capital promoting her upcoming film 'Chhapaak'.

More than 30 students were taken to the AIIMS Trauma Centre after a masked mob entered the JNU and attacked the students and professors with sticks and rods.

Several Bollywood celebrities have condemned the violence which took place in JNU on Sunday.

Filmmaker Anurag Kashyap and music director Vishal Dadlani joined the protests organised by students at the Gateway of India, Mumbai against the violence in Jawaharlal Nehru University (JNU) campus on January 5.