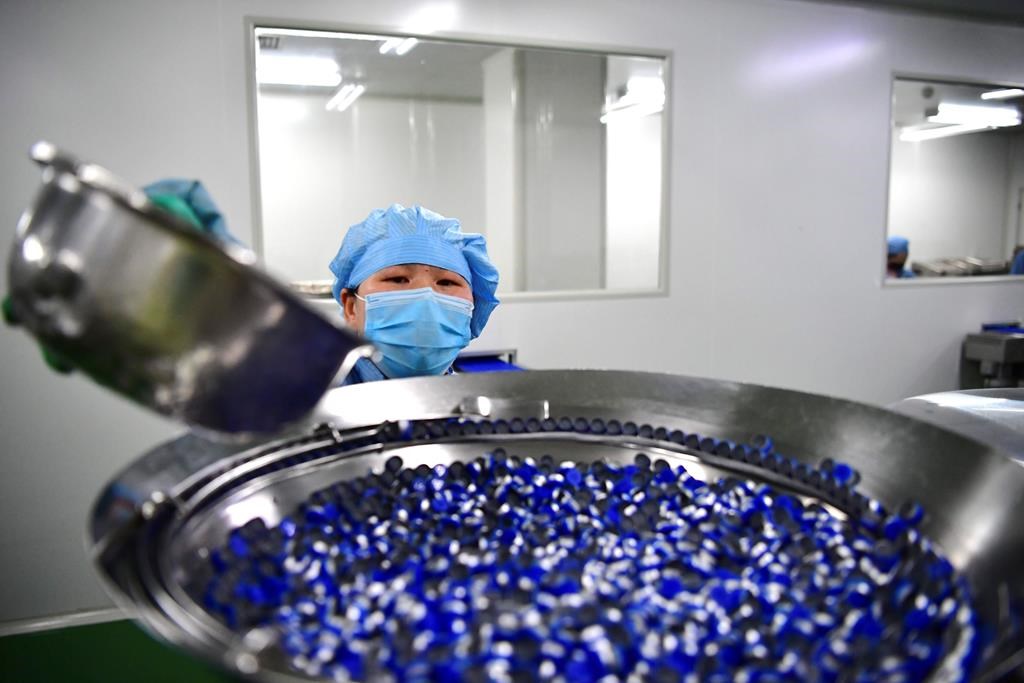 In this photo released by Xinhua News Agency, a staff member works at the workshop of Fusen Pharmaceutical Co., Ltd. in Nanyang in central China's Henan Province, Thursday Feb. 20, 2020. The company has resumed production to ensure the supply of medicines during the fight against the novel coronavirus disease (COVID-19), with comprehensive measures taken to protect the workers. (Feng Dapeng/Xinhua via AP)

China says the daily count of new virus cases has fallen significantly to 397, with another 109 people dying of the disease, most in the epicenter of Hubei province.

The figures announced Saturday bring the total number of cases in mainland China to 76,288 with 2,345deaths, as strict quarantine measures and travel bans continue to contain the disease that emerged in China in December and has since spread world-wide.

The daily figure is down from 889 on Friday.

South Korea has become the newest front in a global outbreak, reporting Friday that 204 people had been infected, quadruple the number of cases it had two days earlier.

Schools were shuttered Friday, churches told worshipers to stay away and some mass gatherings were banned.