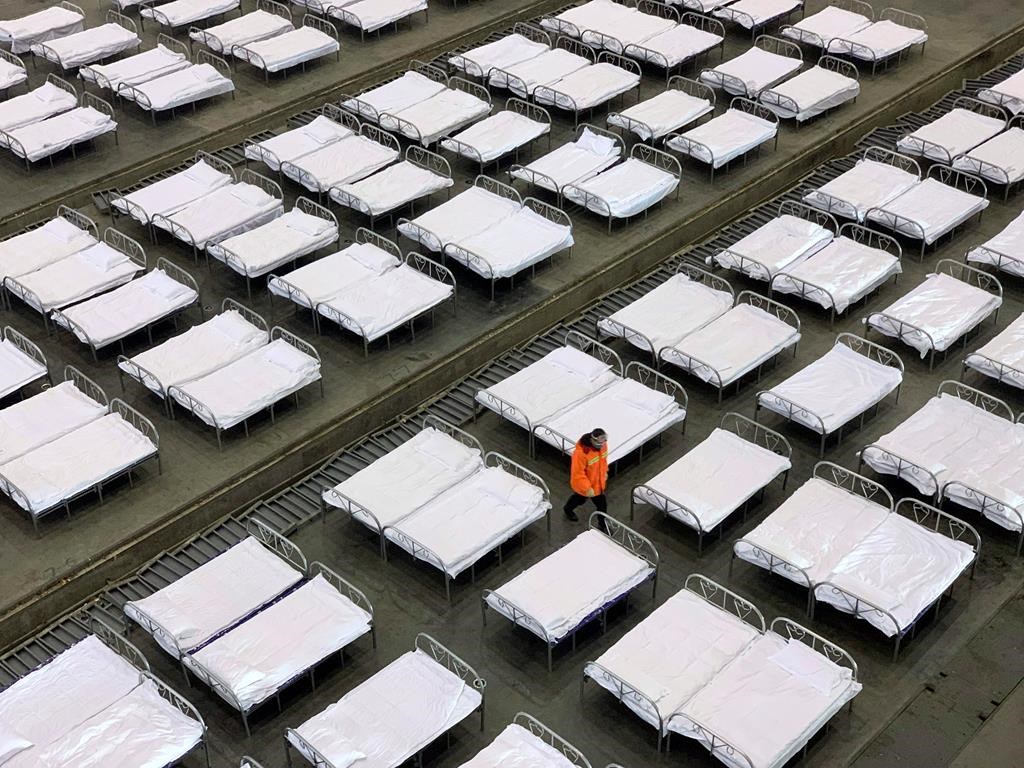 Workers arrange beds in a convention center that has been converted into a temporary hospital in Wuhan in central China's Hubei Province, Tuesday, Feb. 4, 2020. China said Tuesday the number of infections from a new virus surpassed 20,000 as medical workers and patients arrived at a new hospital and President Xi Jinping said "we have launched a people's war of prevention of the epidemic." (Chinatopix via AP)

China has reported new deaths by a viral outbreak have risen by 73 in the past 24 hours.

The little-understood new coronavirus has spread fear around the world, along with the shunning of any suspected to have a link to the outbreak that appeared in the Chinese city of Wuhan in December and has revived fears of the deadly 2002-2003 outbreak of SARS.