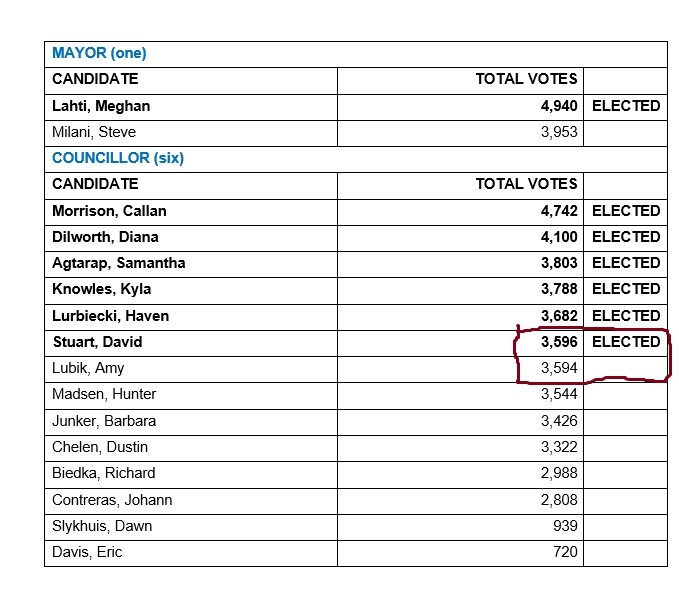 The Chief Election Officer for the 2022 Port Moody General Local Election, which was held on October 15, 2022, has initiated a discretionary internal recount to verify preliminary election results.

"The preliminary results show a close result – a difference of two votes – between two of the candidates who ran for the position of councillor," says Chief Election Officer Philip Lo. "While the City’s General Local Government Election Bylaw and B.C.’s Local Government Act do not require an automatic recount under such circumstances, I feel it’s the right thing to do and supports our values of fairness and transparency, and our commitment to democracy."

The internal recount, to be carried out by the Chief Election Officer and designated City of Port Moody election officials, will involve a review of the preliminary results as counted by the 10 vote tabulator machines used in the election – two for advance polls, one for mail ballots, and seven for General Voting Day polling locations. The results from each machine will be compared with paperwork submitted by all poll supervisors to check for any irregularities or discrepancies.

Next, the Chief Election Officer will re-open all sealed ballot boxes, re-set all 10 vote tabulator machines (the same ones used for the initial ballot count), and feed all 8,989 ballots that were cast through the machines to generate a second count. The results for the initial and second count will be compared to verify the preliminary election results.

The internal recount will be completed on or before Wednesday, October 19, 2022, when the Chief Election Officer must declare the official results of the election as per Section 145 of the Local Government Act.

A Railtown man faces firearms charges after he allegedly began shooting a gun inside his apartment building, a volatile ...