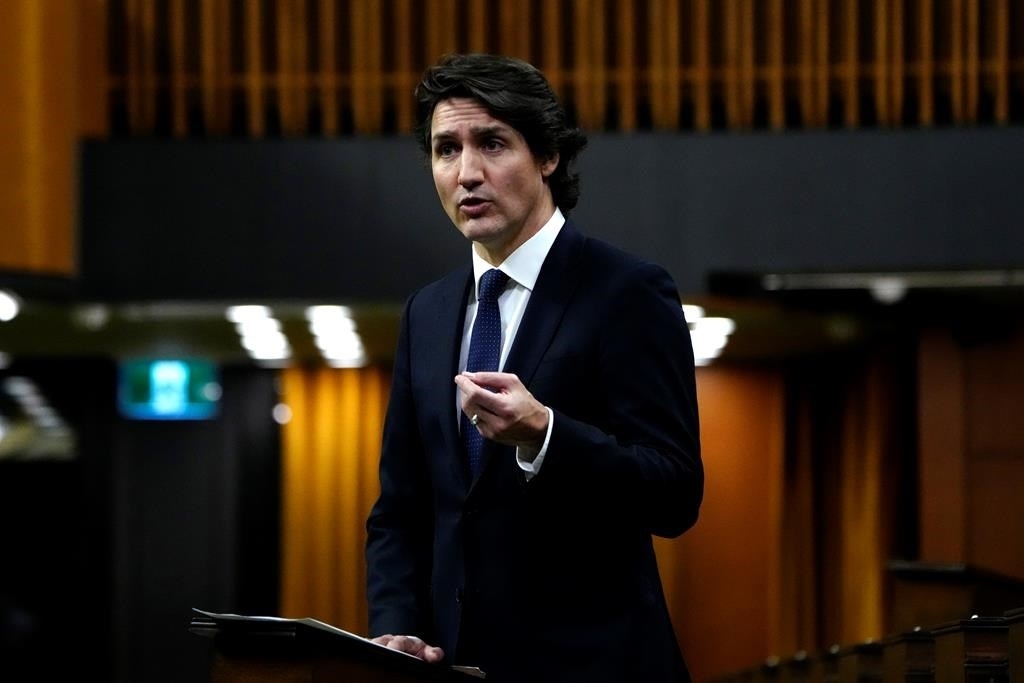 That brings the total number of sanctioned people with links to President Vladimir Putin to 964.

Trudeau says Canada is going to increase its defence spending, but at a news conference in Brussels following NATO and G-7 leaders' meetings he wouldn't be pinned down on specifics.

NATO's secretary-general says leaders have agreed to present plans by June on investing billions of additional dollars into their respective militaries.

Alberta's legislature has wrapped up a tumultuous spring sitting, which may be followed by a new premier when politicians return to the house this fall. Government House Leader Jason Nixon says the United Conservative government delivered on a range of issues,.There was more money for health care, a cut to the province's portion of gasoline taxes, and a balanced budget for the first time in years. The Opposition N-D-P says the sitting will be remembered for the government failing to offer substantive relief on sharply rising energy and food costs. The sitting was overshadowed last week by the ...